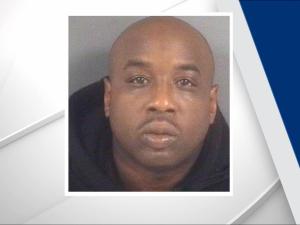 “He is considered very dangerous,” said Sgt. Sean Swain. “He was in jail for robbery with a dangerous weapon. He’s done multiple offenses.”

Authorities said Moore assaulted a deputy, took a stun gun and stole a green Buick van that was outside of the hospital. The van has since been recovered.

“You now have to open your scope,” Swain said. “We’ve opened it up, and the longer the time frame that goes by, it’s unfortunate, but you have to open the scope more.”

Swain said, in cases like this, they start by going to family and friends who live in the area.

“Normally, a person on the run goes to where they are most comfortable,” he said. “Where they will feel safe, and that’s with family members and people that they know well.”

Swain said so far, no luck.

“We talked to his mother, girlfriend, his known associates, and we are doing the best we can to track him down,” Swain said.

Swain said authorities are still working to figure out how Moore was able to get away.

“I don’t see that necessarily someone has done wrong. We don’t know yet,” he said. “With this type of person, you have got to be ready for anything to happen because he has absolutely nothing to lose.”