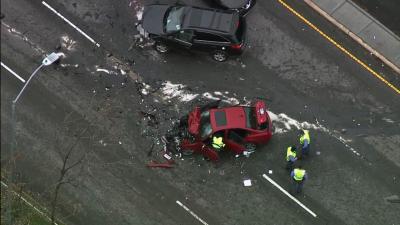 Raleigh, N.C. — According to the wreck report from Raleigh police, Kagney Landon Ray, 31, of Raleigh was under the influence of drugs and may have lost consciousness before careening across the median head-on into two other vehicles Monday morning near Raleigh’s Crabtree Valley Mall.

He died in the crash.

The collisions caused major delays on eastbound Glenwood Avenue for hours as police cleared the scene.

Ray, of 7308 Hihenge Court, was driving a BMW owned by another resident of the same apartment. He crossed the concrete median and struck a Hyundai driven by Yuun Sop Jeong, sending Jeong spinning into a third vehicle, police said.

Jeong was taken to a hospital with serious but not life-threatening injuries, police said. Two people in the third car were unhurt.