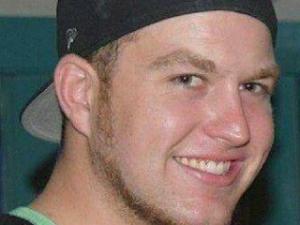 Benson, N.C. — A man who has been missing for four weeks was involved in a drug deal in Benson before his disappearance, according to search warrants released Wednesday.

Christopher Cole Thomas, 22, was reported missing on Nov. 25. Friends said he was driving home to Florida from a job in Minnesota when he pulled off Interstate 95, hopped out of the car near North Elm and East Morgan streets in Benson and vanished.

Investigators spoke with Thomas’ father a few days later, and he told them he had spoken with a man who had been working as an electrician in Minnesota with the younger Thomas. The man told Thomas’ father that his son and two other men planned to drive to North Carolina “to do a big drug deal,” according to an application for a search warrant filed by a North Carolina State Bureau of Investigation agent.

The two men who were with Thomas confirmed to authorities that they had purchased methamphetamine from an acquaintance, according to the warrant application. After the deal, they said, Thomas became paranoid and started driving erratically before he stopped the car in Benson and ran off.

The SBI obtained the warrants to search the cellphones of the two men who were with Thomas and his co-worker in Minnesota.

A $10,000 reward has been offered for information about Thomas’ whereabouts.

He is described as about 6 feet 1 inch tall and about 230 pounds, with light brown hair and blue eyes. He was last seen wearing a red t-shirt and black jacket.