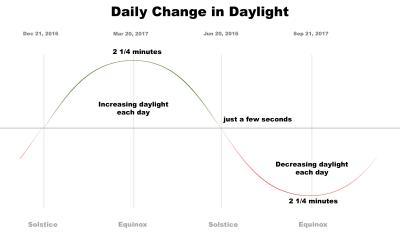 The December solstice arrived Wednesday morning at 5:44 a.m. EST. Here in the Northern Hemisphere, this is also known as the Winter Solstice or the first day of winter in astronomical terms.

The Winter Solstice is the year’s longest night and shortest day, but it also marks the start of the climb of the sun’s daily path through the sky toward long, warm summer days.

Beginning Thursday, the Northern Hemisphere will receive a little more daylight each day. This will happen slowly at first and pick up the pace as the March equinox grows closer.

The sun will be above the central North Carolina horizon just an additional 3 seconds on Thursday. By March, the time between sunrise and sunset will expand by more than 2 minutes each day. Following the March equinox, that daily increase will slow until the Summer Solstice when days begin getting shorter.

Visualizing this pattern creates a pleasing wave with a peak in the spring and trough in the autumn. 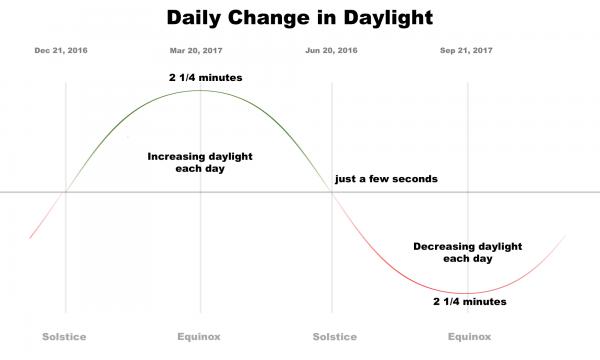 The amount of daylight central North Carolina receives throughout the year is creates a similar, though shifted by 3 months, never-ending wave. Wednesday’s Winter Solstice is the nadir of that wave; there is a peak six months later at the Summer Solstice. 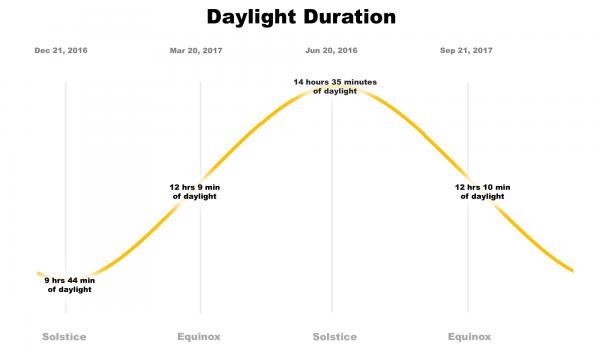 You probably notice that day and night are not quite equal on the equinox, nor are the amounts of daylight seen at the Spring and Autumnal equinoxes equal. That phenomenon is discussed in a previous post.

Tony Rice is a volunteer in the NASA/JPL Solar System Ambassador program and software engineer at Cisco Systems. You can follow him on twitter @rtphokie.