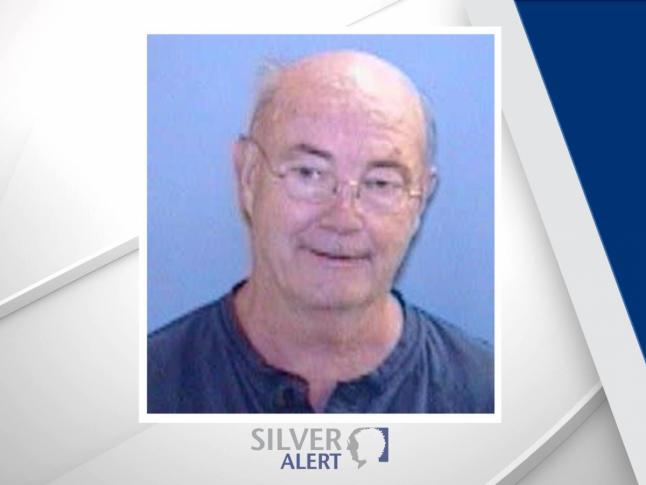 The North Carolina Center for Missing Persons issued a Silver Alert for William Richard Lackey II at about 1 a.m. after he went missing from the Kildaire Farm Road health complex.

Lackey is believed to be suffering from dementia or some other cognitive impairment.

Lackey is 6 feet 2 inches tall and weighs about 170 pounds. He has short gray hair and brown eyes.

Lackey, who also goes by Bill, could be traveling toward Belhaven, police said.

Anyone with information on Lackey’s whereabouts should call the Cary Police Department at 919-469-4012.