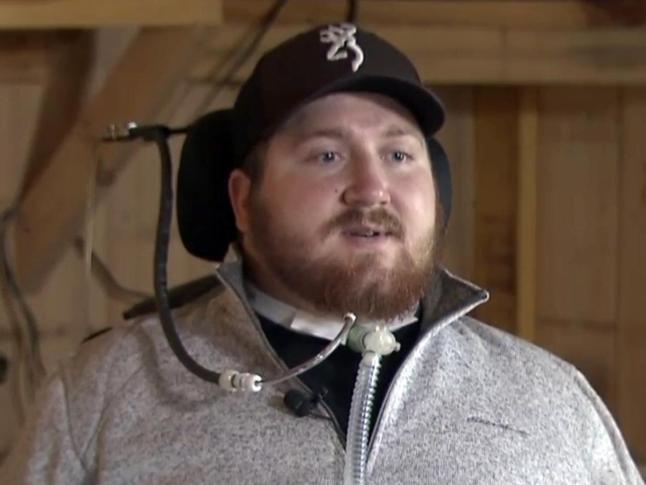 Sparta, N.C. — Luke Hampton is paralyzed from the neck down and requires 24-hour care to eat, bathe and even breathe.

“I can’t do anything for myself,” the 23-year-old said from his home in northwest North Carolina.

Hampton was a star high school athlete in Alleghany County and one of the top wrestlers in the state until he slammed his head into a gymnasium wall while driving his opponent off the mat in a 2011 match.

“I knew that there was something bad, wrong,” he said of the accident.

For years, the State Health Plan paid for 18 hours of home nursing care per day for Hampton.

“That’s what they’re there for, to support your needs to be able to live,” he said of his nurses.

But Blue Cross Blue Shield of North Carolina, which handles claims for the State Health Plan, recently notified Hampton’s family that the nursing care would stop within 45 days.

“Until my dying days, I’ll take care of him, but I just don’t know what we’re going to do. I need to work and provide insurance,” said his mother, Benita Hampton.

Blue Cross officials declined to comment on Luke Hampton’s case, but the company’s policy on private duty nursing says that, if Blue Cross determines a patient is stable and not in need of constantly changing medical care, nursing services are no longer necessary.

“Private duty nursing is … temporary in nature and is not intended to be provided on a permanent basis,” the policy states.

Benita Hampton said she has been lobbying for more nursing care for her son, calling doctors and lawyers for assistance, and family friends set up a Facebook page for support.

After the family appealed, Blue Cross gave Luke Hampton a temporary reprieve to keep 12 hours of daily nursing care into the new year, but that will gradually be reduced, and he, his girlfriend and his family worry about what comes next.

“Look at him as a person and not just a file, not just a number, not just a dollar that they’re going to save,” Benita Hampton said.

Adding to the family’s frustration, Blue Cross forced them to sue Alleghany High School over the wrestling accident, and the insurer recouped nearly $2 million as a result.