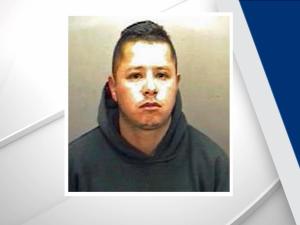 Hillsborough, N.C. — The man charged in the death of a 5-year-old Hillsborough boy, who was hit by a runaway construction truck, was unable to provide personal identification at the scene and told officials he is a Mexican citizen.

Alejandro Suarez, 28, of Spider Lily Lane in Angier, is charged with misdemeanor death by motor vehicle in the death of Everett Copeland. Suarez made his first court appearance on Wednesday.

According to authorities, Suarez, a construction worker, left a dump truck unattended at the top of a hill on Dogwood Bloom Lane in the Forest Ridge subdivision. He told first responders that he had set the brake on the truck only to see it rolling free, but according to an arrest warrant, the truck was left unattended and he failed to effectively secure the parking break.

The truck rolled down the hill for about 100 yards, snapping overhead power lines before running into a home and hitting the boy, who was playing with three other children in a driveway.

Officials said the truck was being used for construction on a new home.

After court on Wednesday, Suarez’s attorney described him as an “awesome kid,” and said his client is heartbroken.

“I mean, imagine being even remotely connected to a tragedy like this,” said Bill Young. “How would you feel? And that’s how he feels.”

Young said his client is devastated by the tragedy.

“No matter what anyone else says about some label that might be attached to him, this is truly, truly a good person that is literally devastated at even remotely, or directly, or in any way, being connected to a tragedy like this,” Young said.

“There are few days in my role as a pastor that I ever want to quit and these are some of them. The raw emotion. My job as a pastor is to love people. That’s what I want to do and sometimes love hurts,” Peltz said.

“We believe he is there. That he is happy. He is alive. That he is singing like he’s never sung before and that we get to celebrate him,” Peltz said.

According to the Orange County District Attorney, U.S. Immigration and Customs Enforcement are looking into Suarez’s immigration status. According to a statement from ICE officials, Suarez was in the United States illegally and is an enforcement priority due to a previous DWI conviction in 2009.