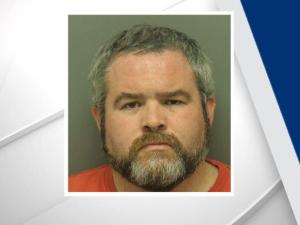 Charles and Robin Rampani contacted Baker a year and a half ago when they discovered the concrete foundation of their home was faulty, creating problems with their new hardwood floors.

“Shame on him to sit at my table right here and say everything is going to be all right,” Robin Rampani said. “We have the minimum retainers fee, and we have the cashiers check that we had to give him that day.”

The couple said after paying the $5,000 retainer fee, Baker had excuses why he couldn’t provide services.

“Oh my dad was sick, oh my grandpa was sick, my wife’s pregnant, and we were trusting,” Robin Rampani said.

“We had given him all the communication between the builder and ourselves” she said. “I can’t say that we trust as easily as we should now, we’re very cautious,

The Rampani’s were paid back the $5,000 but said the check came from Baker’s parents. Knightdale police request that anyone who have had issues with Baker to come forward.