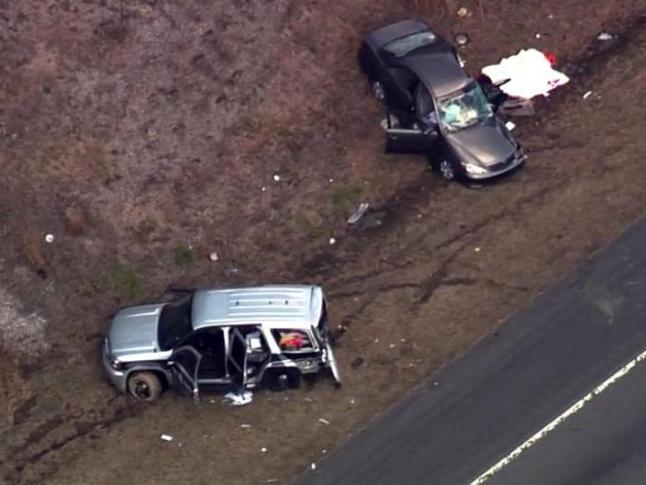 New Hill, N.C. — A 23-year-old woman died Friday morning when she crashed into the back of a State Highway Patrol cruiser on U.S. Highway 1 in southwest Wake County, authorities said.

Troopers were investigating a crash on northbound U.S. 1 that occurred shortly before 8 a.m. About two hours later, southbound traffic was moving slowly, and the unidentified female driver of a car swerved to avoid hitting traffic in front of her and slammed into a Highway Patrol SUV that was parked on the shoulder of the road near New Hill Holleman Road, authorities said.

No one was inside the SUV.

Southbound lanes of U.S. 1 were closed until the early afternoon. One northbound lane was open.