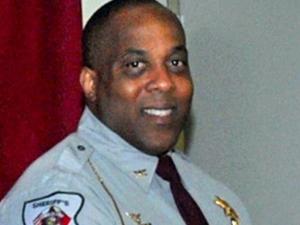 Under N.C. General Statutes, Chief Deputy Sheriff Ennis Wright will perform all the duties of the sheriff until the county commissioners appoint someone to fill the unexpired term. Wright, 57, has been with the Sheriff’s Office for 20 years.

The Board of Commissioners plans to appoint a new sheriff on Jan. 3, 2017, during its regular meeting. The person appointed by the county commissioners will complete Butler’s term, which ends in 2018.

According to the Fayetteville Observer, the commissioners are set to choose from 10 candidates, including Wright, who are vying for the office of sheriff. The others candidates are Charlie Baxley, Denny Davis, Glenn Mobley, Elvira Patricia Petty, Carlton Sallie, John Sawyer, Ronnie Smith, Ronald Starling and LaRue Windham.

Butler said he is not happy that the commissioners are not on board with his choice of Wright as successor.

“This is not a police chief appointment,” he said. “This is a constitutional office, a man who has served in this officer for 20 years and has proven to be a leader. I don’t think there should be any question at all who should be appointed.”

Chairman Glenn Adams recognized Butler Friday for his leadership, which included achieving international accreditation through the Commission on Accreditation for the Sheriff’s Office consistently since 1998.

Adams said the commissioners wanted to assure citizens that under the leadership of Wright, the Sheriff’s Office will continue to operate smoothly and ensure the safety of residents during this holiday weekend.

Wright encouraged citizens to be safe over the New Year’s holiday weekend and to not drink and drive.