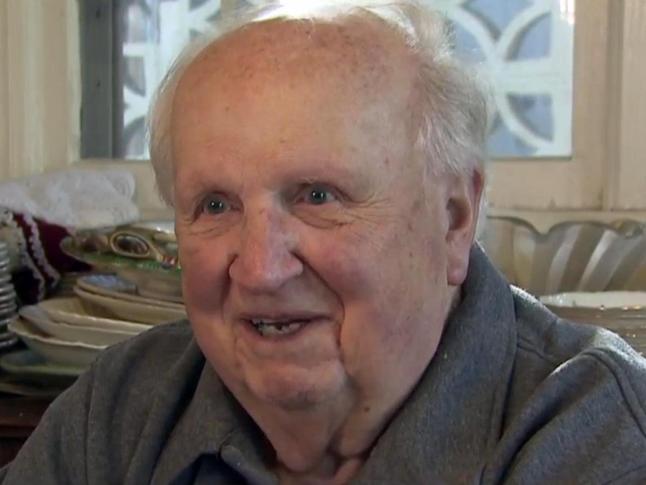 Durham, N.C. — An 86-year-old Durham man won’t have to care for his family in the cold any longer after they helped him win a new heating system in a radio contest.

Ernie Wendell said his air conditioner went out at the end of summer, and he has been without heating or cooling in his house ever since.

“My grandkids told some lies about me, I think, and I won a contest,” Wendell said Friday.

WRAL-FM and Michael & Son, a heating system retailer, hold an annual contest to give away a system.

“We ask listeners to nominate people who are in need of it,” said Lou Rizkallah of Michael & Son. “This year, we had a gentleman who was nominated by almost all of his grandchildren.

“It is just such a great story. It was a very easy pick for me and my team,” Rizkallah said. “He cooks dinner for about 10 or 11 people, minimum, a night.”

Wendell watches over his wife, who is in hospice care, and looks after some of his eight grandchildren and five great-grandchildren.

“They come, and I just throw another cup of water in the soup and feed another one,” said Wendell, who also runs a small soup kitchen.

Family is important, he said.

“Oh, my goodness. Family is all there is,” he said, noting that he even wrote a book titled “Grandstories: Stories About Grandparents and Grandkids.”

“He served our country in the Navy. He serves the community. He serves his family. I couldn’t find a more deserving person,” Rizkallah said.

Wendell said he was overwhelmed by the gift of a new heating and air conditioning system.

“I broke up when they told me. That’s how much it meant,” he said. “It’s supposed to get cold next week, but I’ll take this right now.”