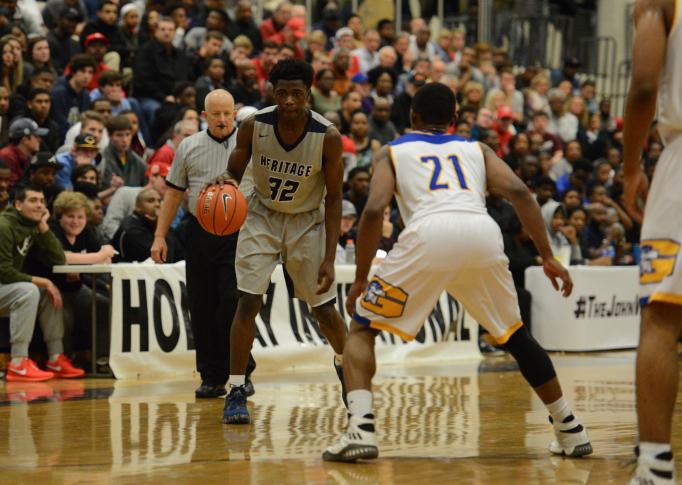 Raleigh, N.C. — Heritage started the game scoring the first five points and the Huskies never lost the lead en route to a 68-62 win over Garner.

It was the first ever appearance in the John Wall Family Foundation Holiday Invitational for Heritage and the Huskies came away with the championship with wins over Southern Durham, Millbrook and Garner.

Heritage opened up a 19-7 lead over Garner at the end of the first quarter. The Trojans cut into that lead by halftime, outscoring Heritage 14-12 before halftime.

Heritage’s lead expanded to 17 points in the third quarter, its largest lead of the game. But Garner was able to come back. With less than a minute left in the game, the Trojans cut the lead to four points. Heritage was able to hold on for the win though.