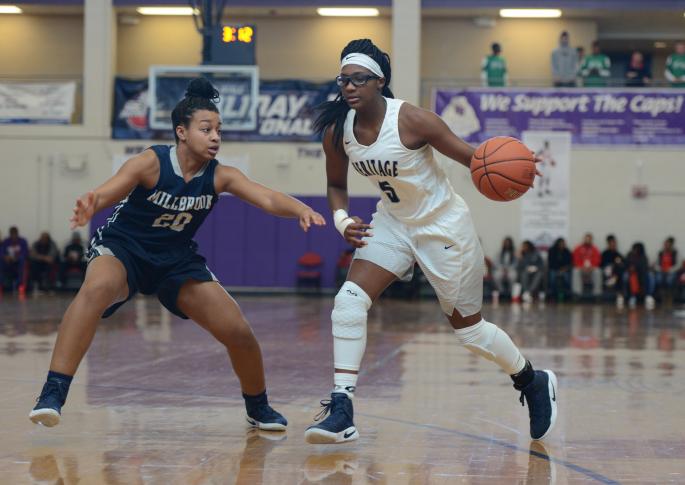 Raleigh, N.C. — Heritage High School’s girls basketball team made the most of its first ever appearance in the John Wall Family Foundation Holiday Invitational.

Behind an impressive second half performance, the Huskies defeated Cap 8 Conference rival Millbrook 55-44 in the championship game.

The game was close throughout with 13 lead changes and four ties. Millbrook led 13-11 after the first quarter and 27-26 at halftime.

Heritage held Millbrook to just eight points in the third quarter and took a 36-35 lead into the final eight minutes.

Cydney Johnson and Demi Washington each scored 13 points for Heritage. Johnson was named the tournament’s Most Valuable Player. Alcenia Purnell added 10 points for the Huskies.

Dazia Powell was the leading scorer for Millbrook with 20 points. The Wildcats also got 12 points from Kai Crutchfield.

Friday’s win marks the first time in school history the Huskies have beaten Millbrook in girls basketball. The two teams will meet again in one week on Jan. 6 at Millbrook in a regular conference game. Tip-off is scheduled for 5:30 p.m.