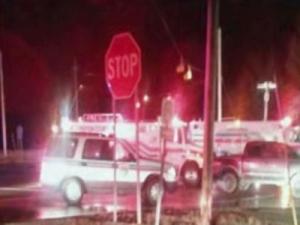 Person County, N.C. — One person was killed and two others were injured following a Sunday night crash in Person County.

Authorities said that a vehicle was traveling west on Concord-Ceffo Road when the driver ran a stop sign and collided with a vehicle traveling north on N.C. Highway 57.

A passenger in the second vehicle was killed, authorities said.

Authorities said he driver of the vehicle that ran the stop sign sustained non-life threatening injuries and the driver of the second vehicle was in serious condition. Both were taken to Person Memorial Hospital for treatment.

On the way to the crash site, authorities said a small fire truck flipped on its side. Nobody was injured.