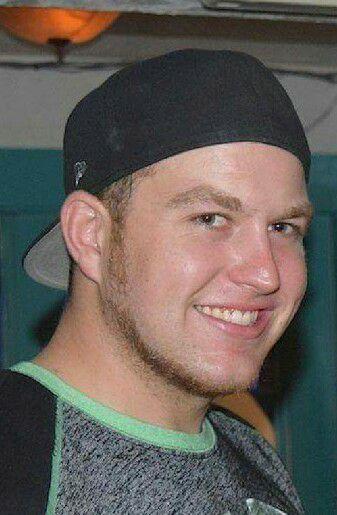 Benson, N.C. — Cole Thomas’ face is on signs everywhere in Benson, but he is nowhere to be found.

The 22-year-old from Live Oak, Fla., has been missing since Nov. 25, when two acquaintances said he pulled off Interstate 95 while driving home from a job in Minnesota hopped out of the car near North Elm and East Morgan streets in Benson and vanished.

“I have no earthly idea,” Chris Thomas said Monday when asked why his son would have been in Benson. “He rode with two guys here to have Thanksgiving dinner.”

Thomas said he last heard from his son on Nov. 24 in a text that said “Happy Thanksgiving. I love you.”

He has been in Benson ever since, searching for his son.

“I’m going to find my son, and I want answers to wherever my son is. He supposedly vanished. If he vanished, where is he at?” he said. “I wake up every morning hoping I hear from him or hoping I have an answer, and I have not had anything.”

According to search warrants released last month, the two men with Cole Thomas told investigators they were in North Carolina to buy methamphetamine. After the deal, they said, he became paranoid and began driving erratically before stopping the car and running off.

“That’s just something put out there to tarnish my son’s reputation,” Chris Thomas said, noting that his son graduated second in his class in high school and made the dean’s list at North Florida Community College.

Cole Thomas had studied sports medicine at the University of Florida but then decided to try his hand at being an electrician, his father said. He had been on an apprentice job in Minnesota for three weeks when he disappeared.

“Sometime in life, people have to figure out what they’re going to do with their life, and I think he was at that point,” Chris Thomas said.

In a message posted on Benson’s Facebook page last week, town officials urged residents to look around their properties for any signs that Cole Thomas may have been there.

“It’s just like the worst nightmare ever, and I can’t wake up from it,” Chris Thomas said.

A $10,000 reward has been offered for information about Cole Thomas’ whereabouts.

He is described as about 6 feet 1 inch tall and about 230 pounds, with light brown hair and blue eyes. He was last seen wearing a red t-shirt and black jacket.