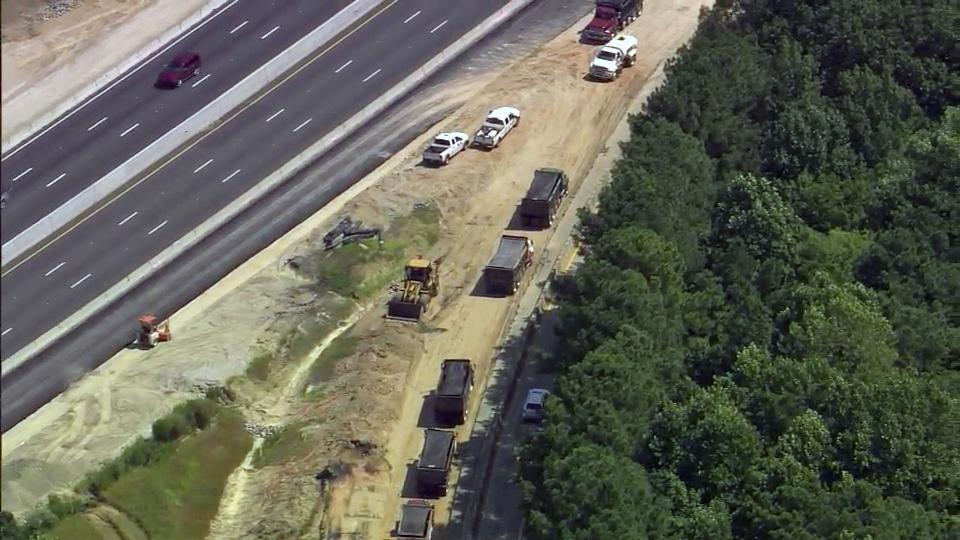 Raleigh, N.C. — After about three-and-a-half years of work, the Fortify project, repairing and rebuilding travel lanes across 11.5 miles of major highway just south of downtown Raleigh, is nearing an end.

Since the summer of 2013, commuters have dealt with narrowed and shifting lanes, limited space on the shoulder and the risk that a minor fender bender could prompt a major backup.

“It is horrible,” said Shabrittany Dowtin. “I almost get into a car accident every morning.”

Dowtin says her Interstate 40 commute is a tight, twisted squeeze.

“I cannot merge over, and I am tired of this construction,” she said.

She’ll welcome the end of the road work that Steve Abbott, spokesman for the North Carolina Department of Transportation, said is in sight.

Through the rest of the winter months, crews will be working in the outside lanes of Interstate 40 through Raleigh. Drivers can expect intermittent ramp closures, Abbott said.

After that, it won’t take long.

“We think you’ll be back on the full road in the late spring or early summer,” Abbott said.

After all lanes are open, crews will go back and add a final layer of fresh pavement. They’ll do that work overnight, when fewer drivers are on the road.

Dowtin is counting down the months to a smoother ride.

After the Fortify project is complete, the DOT will turn to other big projects. In 2018, work could begin on widening I-40 through Garner and also on widening Interstate 440 in west Raleigh.