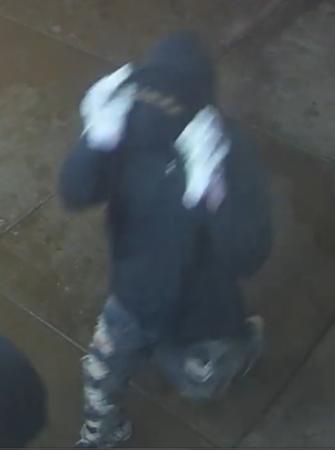 Fayetteville, N.C. — Fayetteville Police responded to a report of a robbery at Freddy’s Frozen Custard at 4825 Ramsey Street Wednesday night around 11:45 p.m.

The suspects received an undisclosed amount of money and left the business.

The second suspect is described as a black male, mid-late twenties, wearing a black hoodie, black flat brim cap, black bandana mask, dark work gloves, black pants and plain black shoes. He appears to have a mustache and bulky hair bunched up under his hood.

Detectives obtained video surveillance of the robbery and are actively investigating.

Anyone with information regarding this robbery or the identity of the suspects are asked to contact Detective M. Harter with the Fayetteville Police Department at 910-729-0143 or Crimestoppers at 910-483-8477.