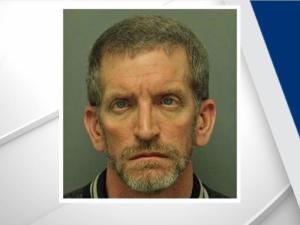 The victim’s father, Johnny Hughes said he wasn’t thrilled that his son rode his skateboard everywhere, but he never expected to get a call that his son had been hit and left for dead on the side of the road.

“Some stranger had called my wife to let her know she had found him,” Hughes said. “I understand accidents happen, but then you call for help, and you deal with whatever happened.”

According to officials, Oakley crossed the center line, hit Hughes, briefly stopped and then left the scene.

“Just to leave somebody on the side of the road, whether they’re alive or dead, and then just go home like nothing happened. That doesn’t make any sense,” Hughes said.

A passerby saw the young man on the side of the road and called 911. He is being treated in the intensive care unit at WakeMed.

Hughes said his son is suffering from a brain bleed and injuries to his pelvis and kidney, and now the family is trying to focus on the fact that their son is alive. Hughes said they credit his life to the passerby who stopped to help.

“The phone call that I had was bad enough,” Hughes said. “I cannot imagine someone calling me telling me my son or my daughter is dead.”