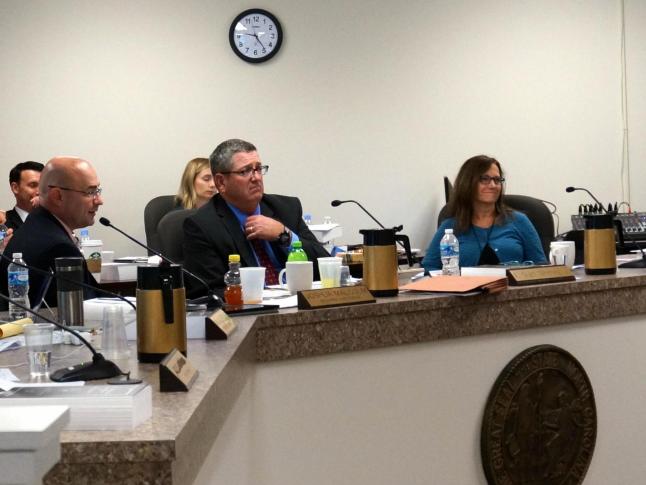 Raleigh, N.C. — A three-judge panel ruled Thursday that a new state law overhauling the structure of North Carolina’s state and county boards of elections shouldn’t take effect until the courts can determine the legality of the changes.

Gov. Roy Cooper last week filed a legal challenge to the law, which rolls the state’s Board of Elections, Ethics Commission and a division of the Secretary of State’s Office that oversees compliance with lobbying laws into a single independent agency run by an eight-member board split evenly between Republicans and Democrats.

A Wake County judge issued a temporary restraining order last week to prevent the law from going into effect on Sunday, and the panel of Superior Court Judges Jesse Caldwell, Todd Burke and Jeffrey Foster issued an injunction following a three-hour hearing.

Under the law, legislators would appoint four of the eight members of the new board, with the governor appointing the other four, and a super-majority of six votes among board members would be needed to exercise most of the board’s oversight powers, including issuing subpoenas or calling new elections.

Currently, the governor appoints all five members of the State Board of Elections, with three members coming from his or her party.

Likewise, the majority of three-member county elections boards come from the governor’s party, but the new law would replace them with four-member boards evenly divided between Republicans and Democrats. Under the law, Republicans would chair the state board and all county boards during even-numbered years – when major elections take place.

The changes take the governor’s authority to ensure fair elections and give it to lawmakers, said Jim Phillips, an attorney for Cooper, because the governor is restricted in his or her ability to appoint, supervise and remove board members.

“One branch may not prevent another branch from performing its constitutional duties,” Phillips told the judges. “The governor’s appointments cannot even muster a quorum (on the new board to take any action).”

Noah Huffstetler, an attorney for Senate President Pro Tem Phil Berger and House Speaker Tim Moore, argued that the combination of the two boards doesn’t change a thing. Both have been independent agencies and will continue to operate as such, without day-to-day control by the governor.

“Would we really want an elections board or an ethics commission over which some future governor had that much power?” Huffstetler said. “(Lawmakers) were very careful to preserve this new board as an independent agency who could call balls and strikes fairly and the members of which could feel free to exercise their duties without fear that they would be immediately removed if they displeased the governor.”

Phillips countered that the State Board of Elections is an executive branch agency because it carries out state and federal elections laws and determines such things as how and where early voting takes place.

“The notion that this is a wholly independent agency charged with enforcing critical laws like our election laws without accountability to anyone is, quite frankly, unimaginable,” he said. “(Lawmakers) pass laws, the executive branch executes those laws. That is, at its the core, what this case is about.”

Burke asked why the GOP would be in charge of state and county election boards during every major election, saying that could suggest bias, and Caldwell questioned the need to pass the law in a special session rather than in the regular 2016 session or in the upcoming 2017 session.

“Do you have any information why this bill was so compelling to be brought up in emergency session?” Caldwell asked. “More than a day wasn’t involved in debating it. We didn’t have study commissions. We didn’t have an effort to give the public an opportunity to be heard.”

Huffstetler said he couldn’t comment on lawmakers’ intent on crafting and passing the legislation.