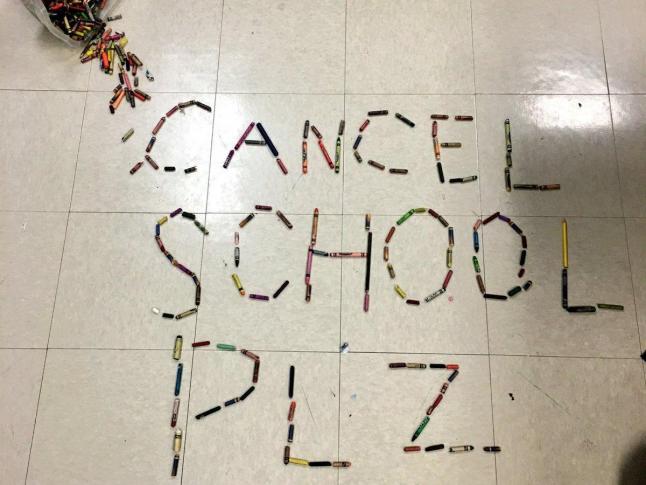 Some very eager students are hoping Wake schools will do the same. WRAL News compiled some of their creative tweets:

@WCPSS ARE WE GOING HOME YES OR NO pic.twitter.com/qVdQTC9MBu

Why are we still in school right now @WCPSS pic.twitter.com/KHLPqCxz6E

@WCPSS PLEASE enlighten me on your theories as to why we’re STILL AT SCHOOL why do y’all do this to us https://t.co/neje1sVB4p

@WCPSS as the Enloe weatherman, my official recommendation is that we leave school 2 hours early today.

@WCPSS hit us up with that delay. ~sanderson

@WCPSS school being cancelled or no because I have plans

@WCPSS Get my homies out early. https://t.co/ERNeXqPZoH

@WCPSS kanye is waiting for u guys to cancel. don’t let him continue in this state of distress pic.twitter.com/laqpTQ9UGp