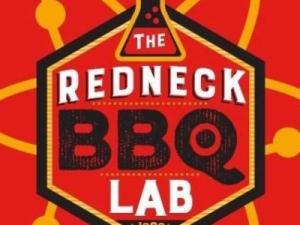 The trend of food trucks transitioning into brick-and-mortar locations continues with the ladies behind Pho Nomenal Dumpling truck (which won season six of the Food Network’s “The Great Food Truck Race”) announcing that they will bring their concept to City Market in downtown Raleigh with a restaurant named MOFU Shoppe. According to the Pho Nomenal Facebook page, they hope to open by early summer.

An update on the former Helio’s spot on Glenwood South. The ITB Insider reported this week that the new spot (brought to us by the Ibarra brothers from Jose & Sons, among others) will be called The Cortez Restaurant, according to permits filed. No additional information is available at this time.

ITB Insider also reported that Sweetheart Treats, a local purveyor of delectable desserts, will soon be opening its doors at the Falls River Shopping Center on 10930 Raven Ridge Road in North Raleigh. It is possible they will be open before the end of the month.

And finally in Raleigh, ITB Insider also reported that permits for the first Raleigh location of the national BBQ chain City Barbeque were issued Dec. 30 for a spot at the new Olive Park Shopping Center, where work is also underway for Raleigh’s second Bad Daddy’s burger joint.

Over in Wake Forest, WRAL reported that Party Delights, a custom cake and cupcake studio, will be opening in early February (hopefully in time for Valentine’s Day!) at 701 North Main St., right next to Pelicans.

And down in Holly Springs, reader Chris Creighton notified me that Springs Pizza & Wings has opened in the former Ricci’s Pizza location at the intersection of Holly Springs Road and Sunset Lake.

And related to that, the owner of Ricci’s has opened a new place in Cary called Ricci’s Trattoria located at 10110 Green Level Church Road.

The rednecks are coming. You have been warned. At least that is what their website says at this point. The rest of the story is that longtime competitive barbecue cook Jerry Stephenson Jr. is opening The Redneck BBQ Lab at 11 a.m. on Jan.16 in Benson, according to the News & Observer. The restaurant is located to the left of the BP gas station at exit 319 off Interstate 40.

And finally, the good folks over at the Western Wake Farmers Market are trying to secure a “forever” home in partnership with the Town of Morrisville. It would be a wonderful addition to the community and they need your support. If you are inclined, jump over to the site to see how you can contribute to make this a reality. Thanks!

A quick update to a bit of news we broke last week. According to the News & Observer, chef Adam Rose hopes to open his lunch-only restaurant, Luncheonette, by the end of the week in Chapel Hill’s Europa Center. You’ll recognize Rose from his stints at Il Palio at the Siena Hotel, Black House at Straw Valley, and Raleigh’s H Street Kitchen. He will be in the same space that was home to Paul Covington’s Crook’s Atrium Cafe and Southern Comfort Cafe.

Also in Chapel Hill, the Daily Tar Heel reported that Might as Well Bar and Grill, a popular spot for college students in Wilmington, is opening a new location on West Franklin Street in the former Fitzgerald’s spot and is hoping to open around Jan. 22 (if permits are in).

The News & Observer reported this week that Durham’s Phoebe Lawless, owner of Scratch Bakery, is opening The Lakewood, a full-service restaurant and bar in Durham, this spring. It will be a 90-seat restaurant and bar with a rooftop terrace serving lunch, dinner and weekend brunch at 2022 Chapel Hill Road. Additionally, she will be opening a second Scratch Bakery Cafe in the same location.

The Pie Hole, the Los Angeles based American pie and coffee shop, will be expanding to North Carolina in 2017, bringing its made-from- scratch sweet and savory pies to the East Coast. The News & Observer reported that the initial location will likely be in Durham, although it won’t be officially announced for a few more weeks. Look for them to open this summer. Two additional Triangle-area locations are planned.

Got word that the Stonehenge Tavern on Creedmoor Road in Raleigh closed at year’s end. It was in the former Carolina Wing Company space at 7504 Creedmoor Road. They had just opened this past February.

Got word from reader Laura A. that Wild Wing Cafe in Cary in the Centrum at Crossroads (Walnut Street) has closed.

The Daily Tar Heel reported this week that Jasmin Mediterranean Bistro, in the middle of downtown Chapel Hill, has closed. They also reported that Khushi Salads and Wraps, just down Franklin Street, has also closed.

This isn’t a restaurant feature, but technology that can enhance your “eating out” experience in the Triangle and across the U.S. Developed here in the Triangle, CurEat is an innovative new restaurant app designed to help residents and travelers discover a great place to dine and drink. CurEat will provide trustworthy, curated lists of award-winning, independent and time-honored restaurants in over 60 cities across the United States, and empower users to create and share their own lists. And best of all…NO CHAINS! Two core features of the app include: making lists of restaurants that you like and would recommend to friends and family; and seeing recommendations from prominent chefs, bartenders and other “local influencers” who share their recs.

Congratulations to Sam & Starr Ratto, owners of Videri Chocolate Factory, as they celebrate their five-year anniversary this Sunday, Jan. 15. They are celebrating this milestone with fun events for the public from 11 a.m.-5 p.m. at their factory at 327 W. Davie St. in downtown Raleigh. There will be free hot chocolate, Videri tattoos, a one-time “buy five bars, get one free” offer and a variety of chocolate samples. For the children, there will be coloring and art activities with “chocolate” (brown) paint. They also will be be raffling off custom-designed, special edition fifth-anniversary posters made of chocolate. For purchases of more than $50, Ratto will personalize and sign a special edition poster to take home.

Go ahead and mark your calendar for Jan. 23-29 for the 10-year anniversary edition of Triangle Restaurant Week, a week-long celebration of culinary excellence designed to incorporate the premier Raleigh, Durham, Chapel Hill and surrounding area restaurants. Dine at participating restaurants which offer special menus and deals throughout the week. No advance tickets necessary. Visit their website to see which restaurants are taking part this year!

Tickets are now on sale for the annual Triangle Wine Experience, which offers dinners, wine tastings and more from Feb. 2-4. At 7 p.m. Feb. 2, there are winemaker dinners at restaurants throughout the Triangle. Many are sold out but check the website for what is still available. Admission prices start at $150. At 5 p.m. Feb. 4, there will be a grand gala with live and silent auctions. The location of the gala is still to be determined. Tickets for that start at $225. All proceeds benefit the Frankie Lemmon School, a Raleigh nonprofit that provides support and instruction for children with special needs.

On Feb. 8, Piedmont’s executive chef John May welcomes chef Justin Burdett – whose Local Provisions in Asheville was named by EATER among the “21 Best New Restaurants in America” – to collaborate on a 7-course winter menu featuring North Carolina seafood and a wide range of preservation methods. Look for dishes featuring pickling, smoking, curing and more, alongside sustainably caught North Carolina seafood from Locals Seafood. Reservations can be made by contacting 919-683-1213.

DPAC is partnering again with Tyler’s Restaurant & Taproom and Sam’s Quik Shop to host the 5th Annual Bull City Food and Beer Experience on Sunday, March 12. The event features the Harris On Stage Experience showcasing additional brewery and local food vendors, unlimited samplings and three floors of food & beverage options, so make sure you visit each level of DPAC’s lobbies for the full experience.

April 20-23 are the dates for TASTE, a huge culinary event that includes a series of culinary experiences. Now in its fourth year, TASTE invites and assembles more than 50 of the best chefs, culinary artisans, artists, brewmasters, sommeliers, and mixologists in the local area. Enjoy “Grand Taste” signature experiences where you can sample the area’s best chefs, spirits and craft beers, as well as special dinners and classes.

The Lucy Daniels Center is proud to announce the inaugural Cooking for a Classic series. This unique philanthropic event held at 1705 Prime (1705 E. Millbrook Road) in Raleigh throughout February and March will feature the talents of 16 local and regional chefs competing head to head to win a beautifully restored 1969 Corvette Stingray. The competition is structured tournament style, with two chefs paired together each night and the winner advancing to the next round until a champion is crowned.