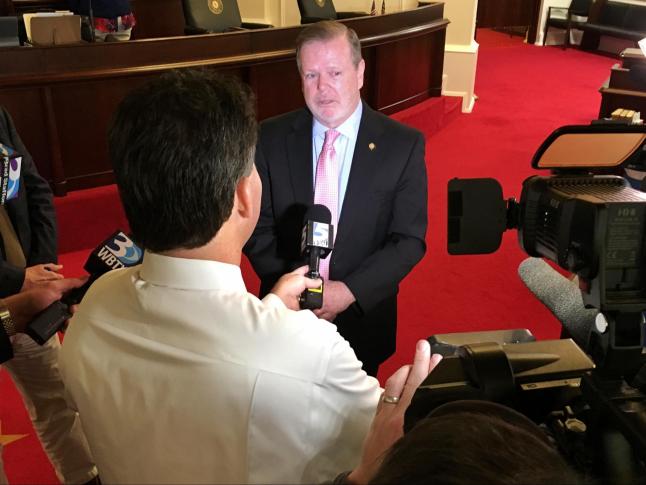 Berger and Moore are plaintiffs in the case. Defendants include both the U.S. Department of Health and North Carolina Health Department and their current department heads, but not Cooper himself.

Medicaid is the state health insurance program for the poor and disabled. Under the Affordable Care Act, what some people call “Obamacare,” states could extend Medicaid to new populations – mainly working-age adults – and have the federal government pick up 95 percent of the cost.

But the General Assembly passed laws in 2011 and 2013 that restrict the governor’s ability to pursue Medicaid expansion. Cooper says he can navigate around those laws and pursue expansion without legislative approval, but his effort may be short-lived. Congressional Republicans have pledged to work with President-elect Donald Trump to dismantle the ACA, which would presumably include the Medicaid expansion provisions.

On Friday, Cooper hired Dr. Mandy Cohen, the chief operating officer at the federal Centers for Medicare and Medicaid Services, to run North Carolina’s Department of Health and Human Services. Moore and Berger pointed to this hire as a key reason for their lawsuit.

“Today has raised even more serious questions about how closely Gov. Cooper and the Obama administration have coordinated to force an unconstitutional Obamacare expansion in the last few days of the president’s administration, with the governor offering a cabinet post to a senior Obama administration official leading the very organization tasked with reviewing his proposal,” the legislative leaders said in their statement.

The Governor’s Office did not immediately respond to requests for comment.