“He just has such a big personality,” she said. “Every person he meets is his next best friend.”

“Mac is like this epic little free spirit,” he said. “He’s very positive. He’s got a great sense of humor.”

But Mac’s seven years on earth have been far from easy — 15 surgeries, 125 appointments with doctors and specialists, 175 needles and more than 400 days and nights in the hospital.

Mac was born with a failing liver, and originally he could not be placed on the donor transplant list. Doctors feared with a limited number of organ donations, giving him the organ with little chance of a positive outcome would be wasting the organ.

Mac was fostered and eventually adopted by the Hogstroms. The hospital said because the family was committed to his pre-and postoperative care, he could be placed on the organ transplant list.

“We naively thought when Mac had his transplant, that was going to be it and we were going to live happily ever after,” Belinda Hogstrom said. “We didn’t realize that was the beginning of a long journey of medical appointments, medication changes and a lot of restrictions on his activity — he’s missed a lot of his childhood. It’s been a long journey to getting him to health and finding the right balance so that his body won’t reject his liver.”

“Through it all, he has remained this great, big personality,” Belinda Hogstrom said. “That little fighter baby that made it through the first year is now a fighter kid. He’s strong. He’s strong-willed. He’s going to make it.” 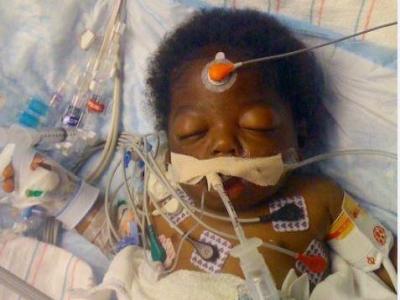 Mac has been granted a wish through Make-A-Wish in Eastern North Carolina. His wish: to ride in a helicopter.

Like many children, the Hogstroms routinely walk around Duke Children’s Hospital in between procedures or when Mac is first admitted — first to the fish, then the children’s’ center and then to the ninth floor to see the helicopter on stand-by.

“Being at Duke, where he’s been so much of his life, with lots of admission and procedures, of course they have a helicopter there, and he sees it coming and going, and he’s always had a fascination with that,” Belinda Hogstrom said. “No matter what we’re doing that day he wants to go up to the ninth floor and see the helicopter.”

Mac will be riding in WRAL’s Sky 5 on Monday Jan. 23, the day after his eighth birthday. Matt and Belinda Hogstrom said they are excited for a day that makes him feel special after all the medications and procedures.

Because of his susceptibility to getting sick, Mac has a private teacher and could not stay enrolled in soccer or dance class like other children his age.

“When we go to church, he sits with us and can’t go with the other kids because he’s likely to catch a cold, which is much worse for him,” Matt Hogstrom said. 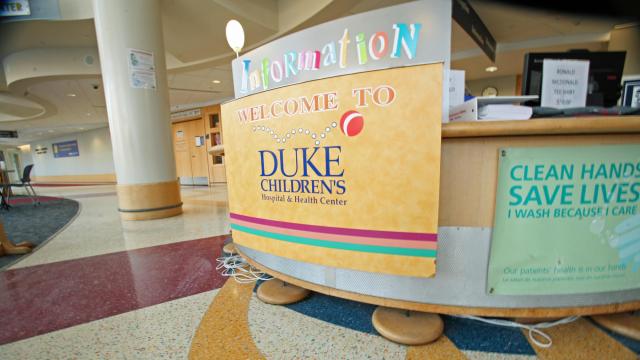 To keep his body from rejecting his liver, Mac is prescribed a cocktail of medications — many of which have negative side effects. He goes in for painful laboratory tests multiple times a month.

“Whenever he hears the words labs, he gets very anxious because he has teeny veins, and he might turn into a pincushion,” Matt Hogstrom said. “But I can tell he’s trying with all his might to be as brave as he can.”

While going to the hospital is never fun, the Hogstroms said they appreciate the doctors and staff at Duke Children’s Hospital, where Mac has been a patient his entire life. Mac is on a first-name basis with the caregivers he’s had for years.

“Being at Duke isn’t like going into a cold sterile office. They really work to make it more than just being at a doctor’s’ office,” Matt Hogstrom said.

The Hogstroms have been foster parents for almost 22 years and now foster almost exclusively medically-fragile kids. They said they believe in Make-A-Wish because it not only gives the children a special experience, it also allows other people to get involved and make a difference.

“There are so many ways that someone can be involved in caring for a child,” Matt Hogstrom said. “Whether it’s bringing meals to a foster family or working with an organization like Make-A-Wish and providing resources and opportunities. This gives kids something to look forward to that’s uniquely tailored to them, as it’s their wish.”

While they aren’t sure how Mac will react, they are excited to see his face when he learns the news of his special surprise.

“I think it is going to be absolute excitement followed by sheer terror,” Matt Hogstrom said with a laugh. “That’s my expectation. Mac is very adventurous, but he’s only flown commercially. But I think at the end of it, it’s going to be something he’ll never forget.”