March on Raleigh Plans to Give Voice to Thousands of Women 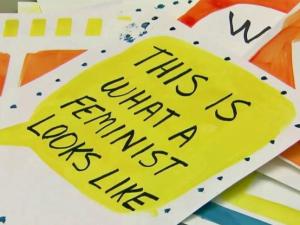 Many of the women preparing for the event Tuesday evening did not know each other before arriving. Organizer Shana Becker said she has never done something like the planned march before.

“It is important not to get discouraged or afraid,” Becker said.

The march in downtown Raleigh on Saturday is intended to give women a voice that some feel was lost in the recent political climate.

In a Tuesday evening planning meeting at Pullen Memorial Baptist Church, volunteers decorated signs and learned interest in their event is only getting bigger, growing by a thousand people in one day.

Jones said she wants participants to keep marching long after the rally. The main goal of the event is to connect women to organizations fighting for what matters to them.

As of Tuesday night, more than 5,000 people have signed up on the event’s Facebook page to attend the rally. Another 8,000 more said they were interested.