Wandering by Children With Autism Is Common, Dangerous, Deadly 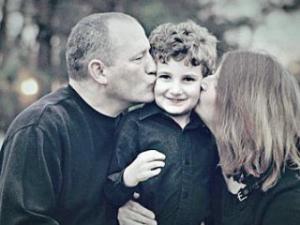 Youngsville, N.C. — Wandering by children with autism is common, dangerous, and at times, deadly.

On Monday at about 9 p.m., 7-year-old Tanner Vick died when he wandered out of his Franklin County home and was hit by a car on Darius Pearce Road. Vick had autism and played baseball for the Miracle League of Franklin County.

According to a neighbor, Vicks’ mother went to the bathroom and when she returned to the room, he was gone.

David Laxton, with the Autism Society of North Carolina, described the circumstances as tragic.

“Some children with autism, and some adults with autism, are just drawn to things that are dangerous,” he said. “They just don’t understand the danger.”

“You can put the security systems, you can put locks on the door – not just where the doorknob is, but also up high and down low. You have security cameras, motion defectors in the middle of the night,” Laxton said.

Police said the driver who hit Vick is 29-year-old Alix Feild. She was driving under the influence and left the scene, authorities said.

A senseless tragedy, that not even the most careful of parents could possibly prevent, Laxton said.

“Families don’t just let that happen. They are vigilant, they are trying to make sure their kids are safe,” he said.

The Autism Society of North Carolina provides families with decals, identification cards and information sheets that can be shared with law enforcement.

They also help to raise awareness in the community so that others can better learn how to react.

Feild is charged with felony death by motor vehicle and felony hit-and-run leaving the scene of an accident involving serious injury or death. She is also charged with DWI, according to authorities.