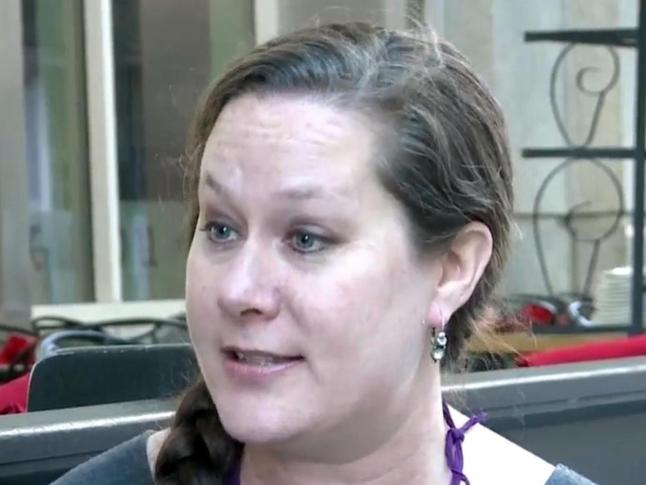 Raleigh, N.C. — Some Triangle women are heading to Washington, D.C., this weekend, where they plan to take part in a march following Donald Trump’s inauguration as president.

The Women’s March on Washington is being described as part rally, part protest. As many as 200,000 people are expected to fill the National Mall, some going as organized groups and others, such as Raleigh attorney Deanna Thorne and her friend, simply going on their own.

Thorne said Wednesday the tone of the presidential election was so ugly that she feels she has to be there.

Thorne says she’s marching for her 12-year-old daughter. She wants her to grow up in a country that respects all people for who they are, no matter their race, gender or ability. She said she feels Trump’s campaign rhetoric toward minorities and women has put that future at risk, and she said it’s important for her daughter to see her speak out about it.

“I feel like human beings were being attacked – and not for their thoughts or beliefs but for who they were as people,” she said. “I don’t feel like I can preach that we have to fight against these things and we have to be open to certain beliefs and not show my daughter that I’m willing to put in the work.”

Thorne said she always votes but has never been politically active before, but she wants to have her voice heard after such a divisive election.

“It’s just brought out so much poison, and it seems to have given these voices legitimacy,” she said. “I can’t have those be the loudest voices that are heard. I want our voices to be the loudest.”

She’s adamant that she’s going to Washington to speak out for equal rights, not to protest Trump’s inauguration.

“Trump is president. I can’t fix that. But I can work every day from here on out to fight for the equality we all deserve,” she said.

Similar marches are taking place across the country, including one in Raleigh.{{/a}} About 5,000 marchers are expected for the event, which starts on City Plaza at 10:30 a.m. Saturday, heads up Fayetteville Street to Martin Street and over to Moore Square, where an 11:30 a.m. rally will be held.

Thorne said she has no patience for conservative pundits who’ve been calling the marchers sore losers.

“It’s not about Hillary Clinton losing the election,” she said. “I get it. I understand how the electoral system works. I know that she got the popular vote but lost the office. I get that. Fine. But the president of the United States is going to hear what we say.”