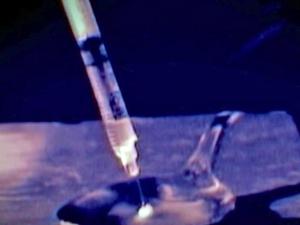 “Every time I scored I had the grandest hopes that it would be one of the best highs I ever had. It never was,” said Keith Kimbro.

“My connection didn’t come through. I can’t get any pain pills, but I know where to get some heroin, and it’s cheaper,” Kimbro said.

The alcohol and drug council of North Carolina has seen a dramatic increase in the past year in calls about heroin.

“We saw an increase of 50 percent of callers identifying heroin as something they are using,” said Executive Director Mary Powell.

“Certainly there has been a lot more attention lately,” said EMS spokesperson Jeff Hammerstein. “It feels like there are a lot more of those. It feels that way to us as well.”

“Heroin and overdoses coming into the jail are four times higher than they were in 2010,” Harrison said. “It’s a burden. It’s a burden on the taxpayers because when they come in the condition that they’re in, we have to look after them.”

Kimbro, who has spent the last 20 years off of heroin, said he wants to help others in their journey to recovery.

“They ask me, they go, ‘What did you do?’ I say, ‘I reached a point where I’d had enough so I did whatever necessary to stay clean and sober,'” he said.

According to authorities, one of the biggest challenges for law-enforcement and emergency workers is what they call bad heroin, heroin laced with other potentially toxic drugs.