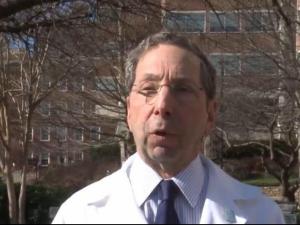 Raleigh, N.C. — The state came out with the latest flu statistics – for ‘week 2’ of this year.

The report shows a slight decrease in the number of reported flu-like illnesses since the week ending January 7. There were 3 new deaths, bringing the total to 13 flu-related deaths this season.

Local doctors’ offices and hospital emergency rooms know that flu season is moving closer to its peak. University of North Carolina Hospitals are beginning to see an increase in visits for flu, too.

UNC Hospitals have seen an increase over the last three to four weeks, and around 10 percent of those people are going to the emergency room with influenza-like illnesses. About 5 to 10 percent of them have been sick enough to require admission to the ICU.

Weber said even otherwise healthy individuals have been known to die from complications of the flu.

However, those most at risk are the very young, the elderly and people with weakened immune systems, such as people undergoing cancer treatments or people with HIV.

People with chronic illnesses — especially those with respiratory issues — pregnant woman and obese people are also at an elevated risk of coming down with the flu.

With the peak of the season nearing, though, everyone still has time get vaccinated.

It takes two weeks to develop a full level of immunity from the vaccine, but Weber expects an active season at least for another month.

The current vaccine is proving effective against this year’s flu, Weber said. The flu has mostly two types of A strains and one B strain, and doctors’ offices and hospitals are seeing mostly influenza A strains.

Doctors strongly recommend the flu vaccine for everyone 6 months of age and older.

People can also take precautions to prevent catching the flu in the first place: Wash your hands frequently with soap and water or alcohol-based hand sanitizers. Be cautious of publicly shared surfaces like door handles, office phones, ATM and elevator buttons. You should also stay at least six feet away from someone who is coughing and sneezing.

Cinema at the Center to Show “Frozen II” Dec. 11