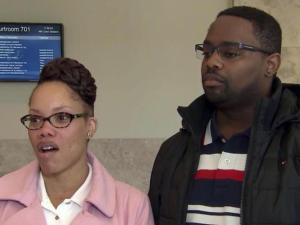 Raleigh, N.C. — Three years ago, when the Gorham family was involved in a tragic accident on the Vortex ride at the North Carolina State Fair, community members stepped up to the plate and offered monetary donations to help keep the family afloat.

“We were very fortunate to have a lot of donors contribute financially and spiritually to my family’s well-being, and we were very appreciative of it,” said Kisha Gorham.

Gorham’s husband was severely injured in the accident.

The Gorhams said they have long taken down their online fundraising page, but recently discovered someone using the family’s photos and information online in an attempt to raise money.

“You’ll see a lot more fraud than in the past, and people make millions off of it,” Hoffman said. “GoFundMe is a great website and it is a great way to get attention to different cases, but there are a lot of bad people that are using it incorrectly.”

According to Facebook, “misrepresenting yourself on Facebook is against our policies, and we have a dedicated team that’s tasked with helping to detect and block these kinds of scams.”

“Go to the source. Get a direct link from the source, and do your research,” Hoffman said.

“In this case, we reviewed the profile you reported and found that it doesn’t go against our Community Standards,” Facebook said in a statement to Gorham.