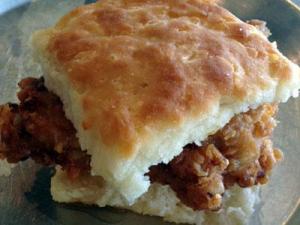 I got a sneak peek last night of Raleigh’s hottest new addition – Vidrio, brought to us by the folks at LM Restaurants. This place is simply stunning – in look, feel, service and menu. Located at 500 Glenwood Ave. (first two floors of the Carolina Ale House building), the Mediterranean-style dining experience begins Monday (Jan. 23) when you’ll be able to enjoy a blend of Greek, Turkish, Lebanese, Moroccan, Spanish, and other coastal influences. And the drink menu? Off the charts! In addition to the amazingly delicious cocktails, Vidrio also offers more than 50 wines on tap and another 300 by the bottle. Get this spot in your rotation as soon as possible! Check them out here.

WRAL reported that the folks behind Sushi Nine (that burned nearly to the ground a year ago) held a groundbreaking ceremony this week announcing the rebuilding of the popular eatery in its former location at 3812 Western Blvd. No exact timeline was released.

Your weekend brunch options just got a lot more interesting. The News & Observer reported this week that both Poole’s and Standard Foods would begin offering weekend brunch service. Prompted by the closing of Ashley Christensen’s Joule (being replaced by St. Roch Oyster + Bar), Poole’s will begin this spring, and will feature many of the dishes from Joule. Standard will begin their brunch service Sunday (Jan. 22).

Sean O’Neill informed me last week that the building permit for the next/second location of Chronic Tacos Mexican Grill in the Triangle has been issued. They expect to open in late March or early April at 1000 Forrestville Road in Wake Forest. Chronic’s other Triangle location is in Chapel Hill’s Meadowmont development.

The ITB Insider reported this week that the popular north Raleigh brunch spot Brigs Restaurant in Brennan Station on Creedmoor Road should be reopening its doors very soon, as permits to repair damage caused by an electrical fire earlier this month were issued last week.

Over in Cary, got word that Bottle Dog Bites & Brews will hold their grand opening this weekend (Jan. 20-22). It is owned by the folks behind Woody’s, a longtime popular sports bar with locations in Cary and Raleigh and is located on Chapel Hill Road, just a few doors down from the Cary location of Woody’s.

Also in Cary (and soon to be in Raleigh), got word from reader Laura A. that Kader’s French Bakery has closed in Cary Towne Center. That is the bad news, especially after just seven months there. But word is that they are relocating to 1213 Hillsborough St. in Raleigh. We will keep an eye on this one.

And finally, the good folks over at the Western Wake Farmers Market are trying to secure a “forever” home in partnership with the Town of Morrisville. It would be a wonderful addition to the community and they need your support. If you are inclined, jump over to the site to see how you can contribute to make this a reality. Thanks!

On Chapel Hill’s Franklin Street, we got word from reader Thomas Viemont that the “express” version of Durham’s Cuban Revolution (nicknamed The Cube) has opened at the spot of the former Mina’s Grill at 401 W. Franklin Street (right next to The Franklin Hotel).

Last week we told you about the closing of Jasmin Mediterranean Bistro at the corner of Franklin Street and Columbia Street. This week The Daily Tar Heel reported that that spot will be filled by Lotsa Stone Fired Pizza (just when you thought Franklin Street already had “lotsa” pizza joints). This will be the chain’s sixth location in the U.S. No word yet on a timeline.

Also in Chapel Hill, Mixed, a casual Korean bistro located at 1404 E. Franklin Street (that is at the bottom of the hill next to Caribou Coffee) has closed. That is the bad news (I really liked that place – fresh and made to order). But the Captain Poncho empire has expanded into that space and they are already open! What began as a truck, then adding a brick and mortar in Chapel Hill’s Southern Village, now has Captain Poncho’s Tacqueria at 1404 E. Franklin Street.

Got word from reader Chris Creighton that the Menchie’s Frozen Yogurt location in Cary’s Waverly Place has closed.

Learned from my friend Tabitha Turner that Mixed, a casual Korean bistro, has closed. It was near the intersection of E. Franklin and Estes Drive (see above to find out what is now in that space).

Got word from reader Paul Prause that On The Border Mexican Grill and Cantina at Plantation Point (intersection of US1 and 540) has closed.

Who else out there is missing their favorite food trucks? Might be the worst part of winter. But this weekend (Sunday afternoon) is the Winter Weekend for the Durham Central Park Food Truck Rodeo featuring more than 50 of your favorite food trucks! They will all be at the park (501 Foster Street) in downtown Durham from noon until 4 p.m. this Sunday (Jan. 22) waiting to give you your winter fix of food truck goodness. Along with WXDU DJs spinning funky tunes and college rock, they’ll also have inflatables for the kids to jump in from Bull City Inflatables!

I had the pleasure to sit down yesterday with Deb Keller with Cousins Maine Lobster food truck (if you haven’t met her, you should – she’s great!). Anyway, big news! Can you say double your lobster pleasure?!? Yes, they have just begun the process of securing a second truck for the Triangle (that’s what happens when your first truck is basically all booked up)! Look for truck two later this spring, early summer.

Go ahead and mark your calendar for Jan. 23-29 for the 10-year anniversary edition of Triangle Restaurant Week, a week-long celebration of culinary excellence designed to incorporate the premier Raleigh, Durham, Chapel Hill and surrounding area restaurants. Dine at participating restaurants which offer special menus and deals throughout the week. No advance tickets necessary. Visit their website to see which restaurants are taking part this year!

Tickets are now on sale for the annual Triangle Wine Experience, which offers dinners, wine tastings and more from Feb. 2-4. At 7 p.m. Feb. 2, there are winemaker dinners at restaurants throughout the Triangle. Many are sold out but check the website for what is still available. Admission prices start at $150. At 5 p.m. Feb. 4, there will be a grand gala with live and silent auctions. The location of the gala is still to be determined. Tickets for that start at $225. All proceeds benefit the Frankie Lemmon School, a Raleigh nonprofit that provides support and instruction for children with special needs.

On Feb. 8, Piedmont’s executive chef John May welcomes chef Justin Burdett – whose Local Provisions in Asheville was named by EATER among the “21 Best New Restaurants in America” – to collaborate on a 7-course winter menu featuring North Carolina seafood and a wide range of preservation methods. Look for dishes featuring pickling, smoking, curing and more, alongside sustainably caught North Carolina seafood from Locals Seafood. Reservations can be made by contacting 919-683-1213.

DPAC is partnering again with Tyler’s Restaurant & Taproom and Sam’s Quik Shop to host the 5th Annual Bull City Food and Beer Experience on Sunday, March 12. The event features the Harris On Stage Experience showcasing additional brewery and local food vendors, unlimited samplings and three floors of food & beverage options, so make sure you visit each level of DPAC’s lobbies for the full experience.

April 20-23 are the dates for TASTE, a huge culinary event that includes a series of culinary experiences. Now in its fourth year, TASTE invites and assembles more than 50 of the best chefs, culinary artisans, artists, brewmasters, sommeliers, and mixologists in the local area. Enjoy “Grand Taste” signature experiences where you can sample the area’s best chefs, spirits and craft beers, as well as special dinners and classes.

The Lucy Daniels Center is proud to announce the inaugural Cooking for a Classic series. This unique philanthropic event held at 1705 Prime (1705 E. Millbrook Road) in Raleigh throughout February and March will feature the talents of 16 local and regional chefs competing head to head to win a beautifully restored 1969 Corvette Stingray. The competition is structured tournament style, with two chefs paired together each night and the winner advancing to the next round until a champion is crowned.

Want to host a “food drive”? From the comfort of your office and your computer? Huh? Well, the Food Bank of Central & Eastern North Carolina’s Virtual Food Drive is a food drive online! Through an existing drive or one that you start yourself, participants can browse through our virtual grocery aisles, select items to add to a shopping cart, and check-out by making a monetary donation.