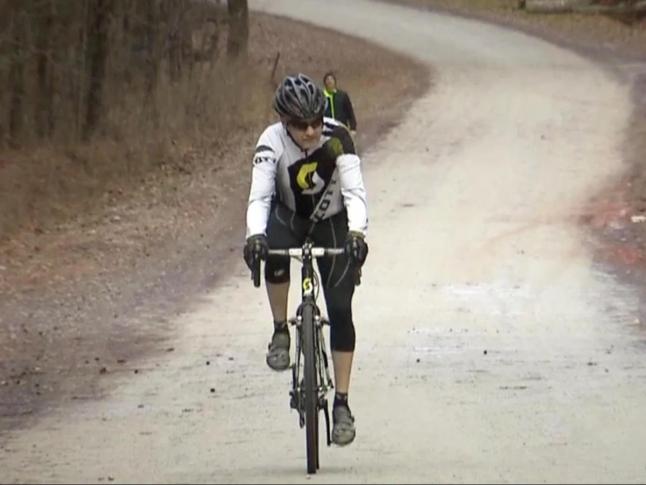 Raleigh, N.C. — Wake County commissioners want to study the possibility of turning land near Raleigh-Durham International Airport into a destination site for cyclists.

“I want this area to be the Boulder, Colo., of the East Coast,” said Sig Hutchinson, chairman of the Board of Commissioners.

RDU owns the land, estimated at 200 to 300 acres, north of Interstate 40 between the airport and Umstead State Park, but airport officials have been looking for ways to translate some of their real estate into revenue streams that will fund future airport expansions. Hutchinson said Wake County could lease the site and create a ride center that would drive other nearby development.

“This is an amazing recreational amenity where you’ll be able to access this trail and ride center within a five-minute ride from the airport,” he said. “Every possible, imaginable recreation opportunity you can think of would be right here in Wake County – all connected by beautiful greenway.”

Stephen Fraser said there are miles of trails through the wooded area for both biking and running.

“The more of this kind of thing we have in the Triangle, the more people are attracted to live here,” Fraser said. “It would be something to do for visitors and enrich the lives of people who already live here.”

Alex Modestou said he often rides the trails near the airport and said the area already provides a mix of faster and rockier off-road trails that make it perfect for an International Mountain Biking Association-sanctioned cycling center.

“It defies logic to me not to advertise it and utilize that for folks like me who work around here. It’s a huge draw to be able to have this before and after work right in your back yard,” Modestou said. “There’s nothing else like it. I don’t understand why they haven’t done it yet.”

“Businesses will want to come here because they see the recreational opportunities they want to be a part of,” he said.

The Board of Commissioners has put a feasibility study for the project on the consent agenda for the next meeting, although they haven’t discussed how much such a study might cost.