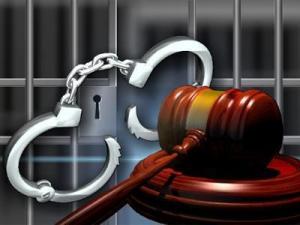 RALEIGH, N.C. — Convicted sex offenders are pushing back against North Carolina laws they contend deprive them of constitutional rights without protecting children.

Two anonymous sex offenders and a Raleigh-based national nonprofit that advocates for them filed a federal lawsuit on Monday challenging the state laws. It’s part of an effort to trim sex registry laws that now require more than 800,000 convicts nationwide to register their names, addresses and photographs, perhaps for as long as they live.

A spokeswoman for state Attorney General Josh Stein did not respond to a request for comment Tuesday.

The offenders contend that North Carolina’s law violates the U.S. Constitution by imposing added penalties after conviction and sentencing, for example by extending the years an offender must register. The lawsuit says they are unconstitutionally banned from practicing their religion by being forbidden from entering churches, and from petitioning their government representatives by orders to stay out of the General Assembly building.

The law also violates constitutional due process rights, by depicting all offenders as dangers to young children, and doesn’t provide any way for offenders to challenge such a claim, the lawsuit said.

“In fact, the individual Plaintiffs in this case have already been found not to be a danger to children, yet they are subjected to a serious deprivation of liberty despite that determination,” the lawsuit said.

Though most people would believe the registries are designed to protect the public against child molesters, states have expanded the crimes requiring recording to include sexually active teenagers and even public urination, said J.J. Prescott, a University of Michigan law professor who studies post-release sex offender laws.

Judges, meanwhile, have increasingly noted studies finding no public safety benefit many aspects of these registries, even as they cause collateral damage to the friends and family of offenders, he said.

“I think there has been a shift in the mood on these cases,” Prescott said.

Messages to the National Center for Missing and Exploited Children were not returned Tuesday.

The two offenders asked the court to remain unidentified, citing fears that they and their families risk harassment and abuse.

Similar lawsuits challenging sex offender restrictions and registries have been filed in the past two years in Illinois, Wisconsin, Louisiana, Alabama, Colorado, Nevada and Idaho.

In August, the 6th U.S. Circuit Court of Appeals ruled that significant changes to Michigan’s sex offender registry law cannot be applied retroactively to thousands of sex offenders because the revisions would unconstitutionally stiffen their punishments after their convictions.

In December, the 4th U.S. Circuit Court of Appeals in Richmond, Virginia, deemed unconstitutional provisions of North Carolina’s law prohibiting registered offenders from going to places where minors gather for educational, recreation or social programs, or being within 300 feet of locations where children are supervised.

The U.S. Supreme Court next month takes up a free-speech challenge to the North Carolina law that bans sex offenders from using Facebook and other social networking sites that minors can join.

Follow Emery P. Dalesio at http://twitter.com/emerydalesio. His work can be found at http://bigstory.ap.org/content/emery-p-dalesio