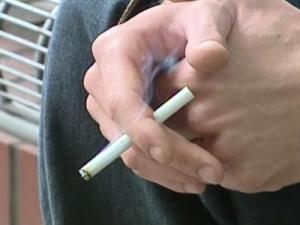 Raleigh, N.C. — With low funding for tobacco control programs and one of the nation’s lowest cigarette taxes, North Carolina was one of five states that failed all five categories in the American Lung Association’s State of Tobacco Control report that was released Wednesday.

The ALA’s 15th annual report says there were 14,220 deaths attributed to smoking in North Carolina during 2016. The habit also cost the state $3.8 billion, according to the report.

The report ranked states in five categories: tobacco prevention and cessation funding, smokefree air, tobacco taxes, access to cessation services, and tobacco 21, which is the minimum age the ALA recommends for tobacco sales.

The Tar Heel State was one of five states to receive a failing grade in all five categories; Kentucky, Mississippi, Texas and Virginia rounded out the cohort states that didn’t receive a passing grade.

Despite the big cost to the economy, the report said the state only spent $1.1 million on tobacco control programs, which is only 4.4 percent of the ALA’s recommended $99.3 million.

To bolster North Carolina’s failing grades, though, the ALA recommended lawmakers restore funding for those tobacco control programs, such as QuitlineNC, expand smokefree laws to include all public places and private worksites, and increase the state cigarette tax by $1 per pack.