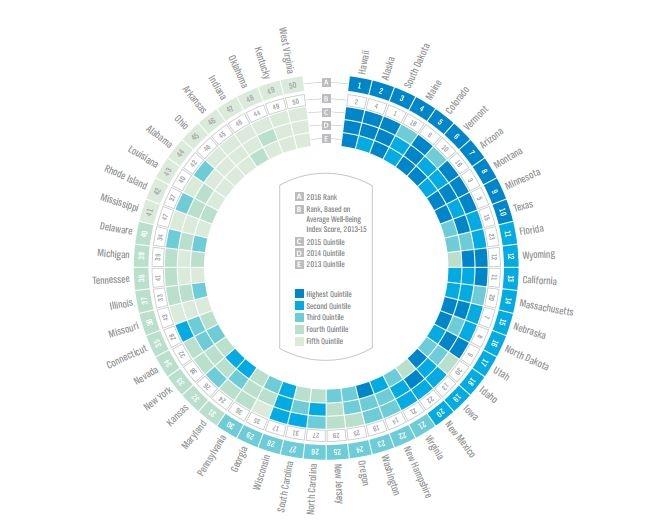 Raleigh, N.C. — Do you feel happy and healthy?

North Carolina fell three places from 2015 in the 2016 Gallup-Healthways Well-Being Index when it was released this week.

The Tar Heel State ranked 26th in the newest edition of the index, which assesses states’ social, financial, community and physical well-being, as well as residents’ sense of purpose. The new ranking moved North Carolina down from 23rd in 2015.

South Carolina slotted in just below North Carolina at 27, while northern neighbor Virginia came in at 21.

Hawaii, Alaska, South Dakota, Maine and Colorado made up the top five, respectively. Arkansas, Indiana, Oklahoma, Kentucky and West Virginia were ranked as the bottom five.