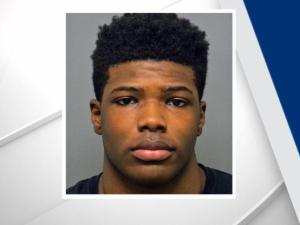 Raleigh, N.C. — A 16-year-old former basketball player at Athens Drive High School is facing three felony charges in connection with a sex crime that allegedly happened on Dec. 14, according to Raleigh police.

His attorney, Melody Edwardo, said her client is not guilty and that they intend to take the case to trial.

The case is scheduled to go to a grand jury Feb. 6