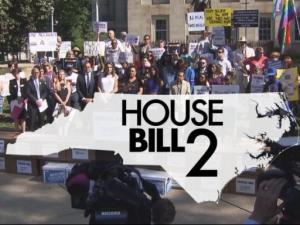 Raleigh, N.C. — Senate Democrats on Wednesday filed a “clean bill” to repeal House Bill 2, the controversial measure dealing with LGBT rights and the use of bathrooms by transgender individuals.

“This should be a top priority, and it really shouldn’t be a lot of work,” Sen. Jeff Jackson, D-Mecklenburg, said. “It’s obvious we need to repeal HB2. If we do, it’ll be the biggest economic development deal of the year.”

Although Jackson did his best to exude optimism after filing the bill, in reality, it faces an uphill battle in the General Assembly. A December effort to repeal the measure ultimately collapsed amid accusations and counter accusations, and top Republican leaders say that any repeal effort this year would likely involve a compromise of some sort.

#ncga @JeffJacksonNC talks about why he filed an #hb2 repeal bill despite likely skepticism from GOP leaders. #wral pic.twitter.com/YKZhcyR1ZA

“I think it’s possible for there to be some arrangement to address that issue. I think it’s going to take compromise on both sides,” Senate President Pro Tem Phil Berger said last week.

A compromise would likely involve a cooling-off period during which the law would be repealed but no local government could move forward with its own LGBT protections. Democrats, including Jackson, voted down such a deal in December, a fact that Berger pointed to as a sticking point. It was unlikely, he said, that lawmakers would get the sort of clean bill Jackson is seeking.

“I think, under the circumstances that we have now, what we’re going to have to see is some willingness on all sides to compromise to get the point where we’ve got a resolution there,” Berger said.