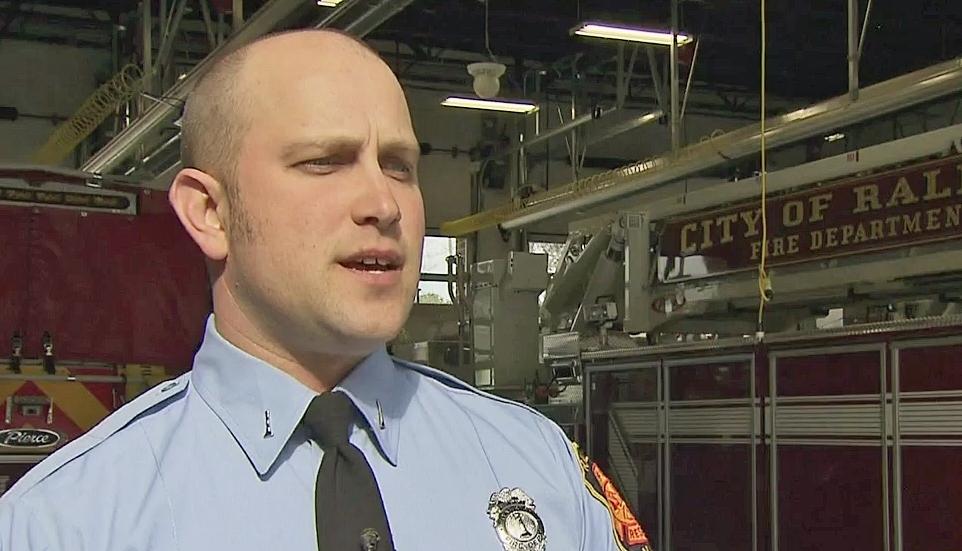 Raleigh, N.C. — A North Raleigh woman and her two dogs were able to escape their burning home Sunday thanks to the efforts of an off-duty firefighter.

Marilyn Williams, who lives on Lynnoak Drive, said she called 911 when she saw Patricia McLamb’s house in flames.

“I looked into the neighbor’s garage and saw the flames coming out. I thought, ‘Oh my heavens’,” Williams said.

Justin Rose, an off-duty firefighter with the Raleigh Fire Department, just happened to be driving by.

“(I was) heading up Creedmoor Road and I noticed a good smoke column coming from the neighborhood,” Rose said.

He jumped in to help once he realized fire crews were not yet on scene. When he went inside the home, he found 78-year-old McLamb.

“I get in. I could see her all the way back in the back of the house kind of through all the smoke,” Rose said.

“I’m like, “We’ve got to go. This is kind of getting serious,’ and she pointed down and said, ‘I’m not leaving without my babies.’ She had two dogs in the corner,” he said.

Rose was able to pick up the dogs and got the woman out safely.

“I was just happy it turned out the way it did. She was committed. She wasn’t going anywhere without her dogs,” he said.

Neighbors thanked Rose and the rest of firefighters who prevented the fire from spreading.

“We are just so ever grateful to so many first responders we just can’t thank them enough,” Williams said.

The homeowner’s son, Steven McLamb, said he was in the garage when the fire started. He tried to put the flames out when Rose went to save his mother.