Raleigh, N.C. — North Carolina Superintendent Mark Johnson welcomed dozens of lawmakers to the state education building Wednesday morning, urging them to “please, seriously, don’t be strangers” as he embarks on a statewide listening tour to learn about education issues.

“If you want to have time with me, just reach out,” Johnson said at the breakfast get-together, which allowed lawmakers to meet with state education staff and learn more about the department.

Johnson, who ousted longtime State Superintendent June Atkinson in November’s election, told lawmakers he wants to make “big,” “bold” improvements to the state’s education system and said he plans to “bring a sense of urgency” to the job.

“Every year that goes by that we don’t take these bold actions is a year we are letting down students and letting down teachers,” he said.

Johnson hasn’t yet revealed what actions he wants to take but said he believes the state’s current education system is “outdated” and was “designed for students in the 1950s … or even earlier.” A spokesman for Johnson said “it’ll be several months” before he discloses any specific plans because he first wants to meet with people across the state to find out what their priorities are.

During Wednesday’s legislative breakfast at the state Department of Public Instruction, WRAL News asked various lawmakers what education issues are important to their constituents and what they would like to tell Johnson.

The following interviews have been edited for length and clarity.

‘He’s going to see the disparity’ 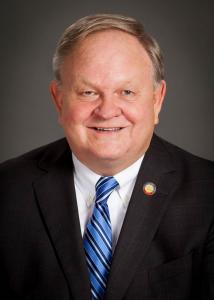 I’m glad (the superintendent) is traveling the state. I think that’s how you get out and you realize just how diverse the education systems are across the state. We’ve got areas that are functioning quite well and providing good education output, but then there are other places where we’re failing. And so we’ve got to figure out how to offer the same education to kids across the state regardless of where they are.

I think he’s going to find fairly quickly that it has something to do with money and funding. We went through a period of time when the budget was in poor shape and we didn’t lay off teachers at that point, but we had to make some real cuts.

Now that the economy has come back, I sense among our colleagues broadly, it’s not clear what this means, but broadly, a desire to put more funding back into education. That’s in part teacher salaries, but it’s also principal salaries. And I think when he goes out, he’s going to see that, he’s going to see the disparity between these systems.

I also have the bill having to do with class size. I expect the House will take action on it, and I hope the superintendent will get behind our effort. And whether it’s the House approach or some other approach, it’s something we need to do and we need to do relatively quickly.

I want to get him out to Henderson County, I hope, and show him something called Muddy Sneakers, which is an effort to take kids out of school, to teach them science, for example, out in the woods, in the parks in the state forests in our area. A lot of kids learn better experientially, and we’ve got an innovative program that started in our mountain region.

I’m hoping to get him out and get him with some kids up on DuPont State Forest to show him how we can teach kids in a somewhat different way. I’m hoping if he is exposed to the program, he’ll make it part of his budget when the time comes. 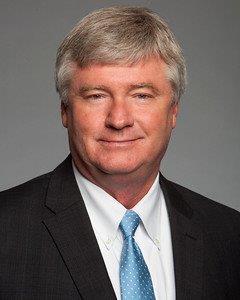 I was very delighted to hear (the superintendent) say that it’s time to be bold. Because we have not been bold with education in the last 10 to 15 years, and we’re paying a terrible price for it. By the budgets we have continued to pass, it says two things. One, that we’re settling for mediocrity. We’re not trying to do excellence in education, and that is absolutely a disaster. Secondly, we need to step up, not worry about political correctness and we need to once and for all have a comprehensive teacher recruitment, teacher mentoring, teacher compensation, teacher retirement.

Principals are doing two jobs – having the teachers’ back and recruiting great teachers. Until we do that, comprehensively, you’re not going to attract the professional teachers we need to teach our children. What I would like to see is the superintendent become an advocate for comprehensive compensation and retention of great teachers and mentoring of those teachers. And if we do that, we’ll help our children become great citizens.

‘This partisan stuff is ridiculous’ 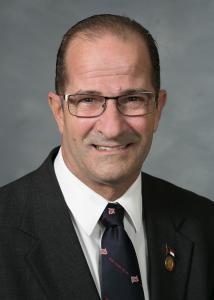 This partisan stuff is ridiculous. School systems are the worst when it comes to that. But it is slowly, I think, getting better. I’m in my third term now, and I’ve noticed over the last few years it is getting easier to communicate. The lines of communication are getting better. And it has to. Because if we don’t know what’s going on in the legislature, if we don’t know what the needs are because our districts won’t talk to us, because the school system won’t talk to us, well, then, how can we fix anything?

There’s a lot of things that can be fixed, but not until we address them. And the legislature doesn’t know how to address them, because we don’t know what’s going on. So, I’m just hoping the school systems will talk to us some more and get rid of the years of animosity. We’re all on the same team.

‘Look at the successes’ 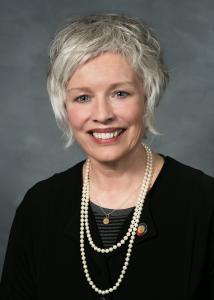 While class size is a really important thing to focus on, and we want to lower class sizes, we don’t want to lower them to the detriment of courses that we might offer in those schools. So, we want to make sure that we’re not eliminating classes that are the very ones that are keeping kids in school, like art, like music, like language – the things that are sometimes called fluff or extracurricular. They’re very important at keeping kids form dropping out of school, so we want to focus on that.

‘Work with the locals’ 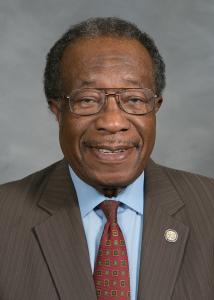 I think (the superintendent) needs to define what it means to be a public school and charters and where they are. I would like to know how he differentiates between the charters and the regular public schools and also what he plans to do about these schools that are low performing and how we deal with that in different situations.

I’d like to see him leave a lot of the low-performing situations up to local control rather than have to bring in outside (operators). I think the ones who are already there can help improve the system than bringing in someone else.

Make sure that we provide an adequate amount of funding for the school systems, and I know that comes through us. I would like to see him push that really hard and also to work with the locals in making sure they provide as much local funds as they can. 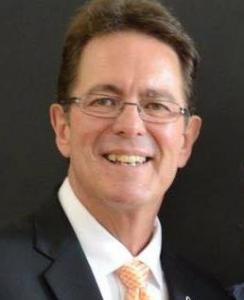 I spent five terms on our local school board, so I have school background experience. One of the things that I think is important, and it has been brought up every legislative session I think for 10 years, is school calendar flexibility to allow your local school boards to actually set the start date of your calendar.

I think that’s extremely important for a couple reasons. The primary one is your school board can set your calendar or they can start the school year early enough where they can take final exams before Christmas instead of after. If you’ve been in education, you know that’s huge.

If kids can go through the first part of December, they can head into the Christmas season doing their reviews and getting ready for the final exam and actually take the final exam instead of taking that break for two weeks and then sort of losing that momentum and then coming back and taking your final exams middle of January.

Get ‘back to basics’ 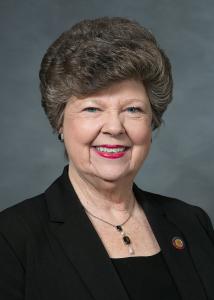 I definitely want (the superintendent) to focus on making sure our children are prepared to go out into the world to know everyday things. We’re having so many who can’t give (customers) change. I mean, they’ve got to have that (cash register) machine to give change.

I did the cursive writing bill, and I certainly want to be sure that they are learning to write in cursive. Because see, if they can’t write it, they can’t read it. And memorizing the multiplication tables. Just back to basics, that our children will have the foundation that they need to be successful in their lives. I want them to be able to learn. I want children to want to stay in school and enjoy school. (I also want) less testing.