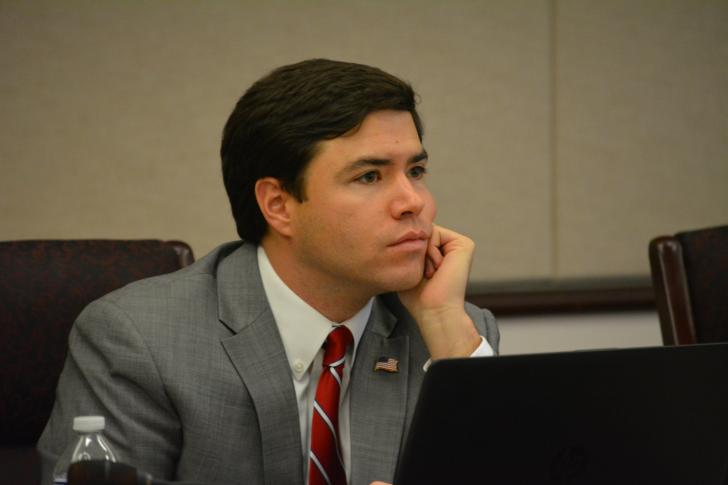 Raleigh, N.C. — North Carolina Superintendent Mark Johnson will visit with teachers and business leaders in Winston-Salem on Friday for the first stop on his statewide listening tour, he announced Thursday.

The trip will be a homecoming for Johnson, who served on the local school board and worked as an attorney at an international technology company in Winston-Salem before being elected state superintendent in November.

“Winston-Salem is known as North Carolina’s City of Arts and Innovation,” Johnson said. “I believe innovation is going to be key to strengthening public education in North Carolina, so it makes sense to start” in Forsyth County.

The superintendent has not yet announced where else he plans to visit on the statewide tour.

He will be at Glenn High School in Winston-Salem on Friday to meet with teachers. The school “has made significant progress over the past two years moving its School Performance Grade up a full letter grade,” Johnson said. He will also be highlighting IBM’s Teacher Advisor with Watson as a free professional development and instructional resource for teachers.

Johnson’s discussions with teachers will not be open to the media.

“The school has requested that there be no press due to the time of day and concerns about disruptions for the students,” Jonathan Felts, the superintendent’s spokesman, told WRAL News by email.

Johnson will speak with the media at 11:45 a.m. Friday at the Winston-Salem/Forsyth County Schools Education Building auditorium.

He has spent the past month meeting with lawmakers, staff at the Department of Public Instruction and others in the community. People have been “excited about having an authentic relationship and (having) someone who will respond to their needs,” Johnson said.