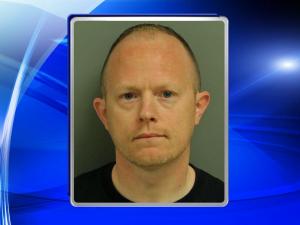 In court on Thursday, Conover said the alleged crimes happened when he was walking his police dog by a neighbor’s house when the neighbor’s son ran out of the home yelling at him.

After police left, Conover searched government records on his laptop to try and determine who the man was.

“In order to try to identify him, I ran both of the vehicles that were plainly in view, thinking that one of them would probably come back to the person I was looking for,” he said Thursday.

Prosecutors said Conover did a second unauthorized search of the database a few days later. It was also aimed at finding out more about the man with whom he had argued.

Conover will be sentenced Friday afternoon.

In addition to these charges, Conover is also accused of overstepping his authority when making four arrests in 2015. Conover is expected to be tried on the other charges he is facing in May.