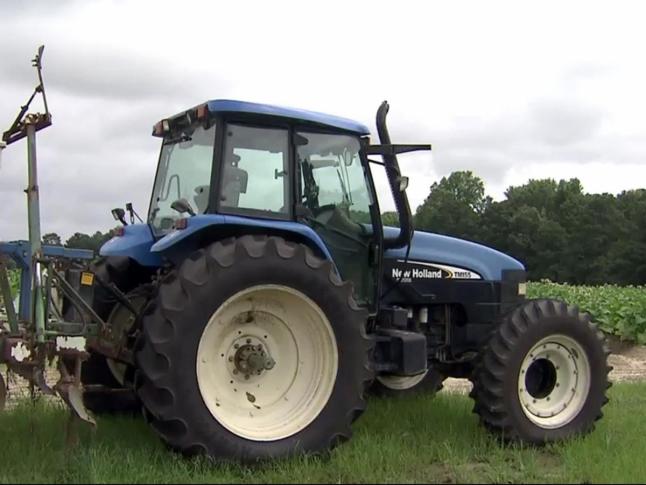 Raleigh, N.C. — Agriculture is North Carolina’s No. 1 industry, and it relies on exports to help keep it afloat.

“Numerous farmers have expressed concern to me about the ability to continue to expand global markets and are worried about exports because of the potential tariffs and disagreements regarding trade treaties,” Gov. Roy Cooper said Friday after speaking at the annual Southern Farm Show at the State Fairgrounds. “We certainly want to be part of advocating for agriculture and will work closely with federal officials so that these foreign markets can be available to the farmers.”

One of Trump’s first actions in office was to pull the U.S. out of the Trans-Pacific Partnership, a proposed trade deal between the U.S. and 11 Pacific Rim countries. His administration also has floated the idea of a 20 percent tax on goods from Mexico to pay for a wall along the border between the two countries, sparking fears of a trade war.

Mexico trails only Canada among export markets for North Carolina agriculture, at about $3 billion a year. Both of those countries and Japan, the fourth-ranked export market, also are part of the TPP.

“TPP, for a lot of our commodities in North Carolina, was a good thing,” Agriculture Secretary Steve Troxler said. “We’re still hopeful that this administration is going to negotiate trade deals with countries that we do a lot of business with, and of course, the Pacific Rim is a major player for us.”

North Carolina exports practically everything grown in the state, Troxler said, noting it amounts to about $30 billion a year.

“Without export markets, we’re pretty much dead in the water,” he said. “We have such a production capacity in agriculture that we need to export these excess products to be able to stay in business.”

Trade with China is a particular concern. It ranks third overall for North Carolina exports, at about $2 billion a year, and is the top market for tobacco.

On the campaign trail, Trump accused China of using illegal tariffs and the theft of trade secrets to undermine the American economy, and he has pledged to crack down on trade with the superpower.

“We’re hopeful that, when the posturing is over, that there will be good trade deals that opens markets for us abroad,” Troxler said.

Aside from trade concerns, Cooper told farmers that he is working on expanding North Carolina’s economy and said he wants to balance regulating agriculture with helping it grow. He told them stories of growing up on a tobacco farm in Nash County and understanding the hard work they put in daily.

Cooper pledged to continue assistance to farmers who suffered losses in Hurricane Hermine and Hurricane Matthew, saying the state will play a role in helping to rebuild infrastructure damaged by the storms. He said he also would he’ll push to get high-speed internet into more rural communities to help farmers sell their goods on the global market.