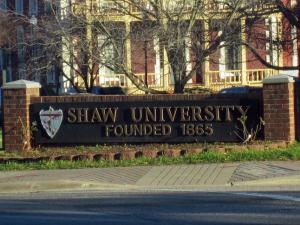 Raleigh, N.C. — An effort to crack down on crime in Raleigh while improving the relationship between police and the community is proving to be controversial.

Dubroy said she wanted an increased police presence on campus, and believed the substation could help change perceptions and improve police relations.

But some students are pushing back.

A flier is circulating campus asking students at the oldest historically black university in the South to sign a petition against the police substation.

It says the increased police presence may increase tension on campus.

But other students disagree.

“I think it could only help relationships between the police force and the student body and definitely the black community,” said Kristopher Timmons. “I think it can only help to bring us closer together and for us to have a stronger relationship. We will feel more secure.”

Shaw has its own police department on campus in addition to security officers.

Students who are against the potential substation plan to attend Tuesday’s City Council meeting.