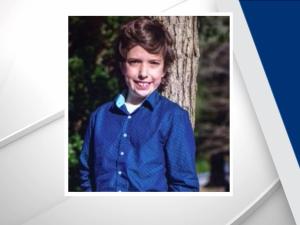 Owen Wycoff disappeared from 905 Riverview Road at 2:30 p.m., and he was found about eight hours later, officials said.

Wycoff’s father said the boy was found at a Churches Chicken restaurant on New Bern Avenue. Workers recognized him from news reports and contacted authorities.

Wycoff’s father, Raymon, said his son was attempting to walk to a friend’s house and got disoriented.