Today @NCCaptiol: Will They or Won’t They? 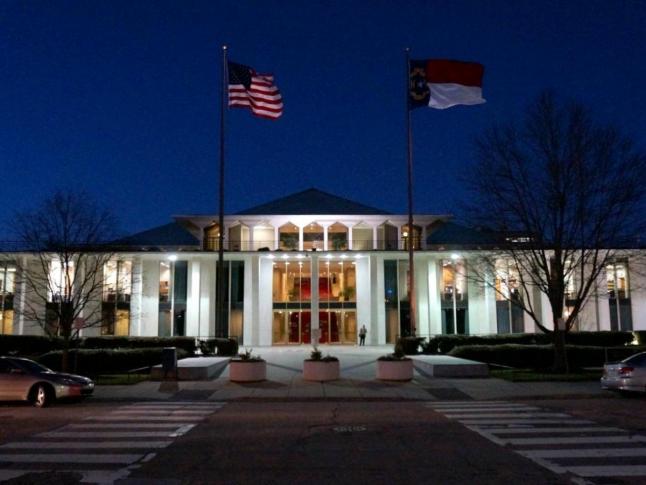 Raleigh, N.C. — It appears that the Senate Commerce Committee’s plan to hold the first confirmation hearing for one of Gov. Roy Cooper’s cabinet appointments may have been torpedoed by a three-judge panel Tuesday night.

Former state Rep. Larry Hall, D-Durham, was to have faced questioning related to his appointment to head the Department of Military and Veterans Affairs.

“In a gross misreading of the Constitution and a blatant overstep of their constitutional authority, three Superior Court judges attempted to dictate to the legislature when it could or could not hold committee meetings and what it could or could not consider in those meetings,” read a joint statement from Senate President Pro Tem Phil Berger and House Speaker Tim Moore.

A written version of the order wasn’t available Tuesday. Cooper’s office declined to comment until they had a written order in hand.

Floor sessions: The House is scheduled to meet at 2 p.m. and will take up a bill reducing the size of the University of North Carolina system Board of Governors from 32 to 24 members. The Senate has no bills on its 3 p.m. floor calendar.

Bill filings: Lawmakers would have to wait a year before returning to the legislature to lobby their colleagues under House Bill 48, which was filed by a four House Republicans Tuesday. Under current law, that waiting period is six months, which allows members to resign after the legislative short sessions in even-numbered years and return in January or February of the new legislative session as lobbyists.