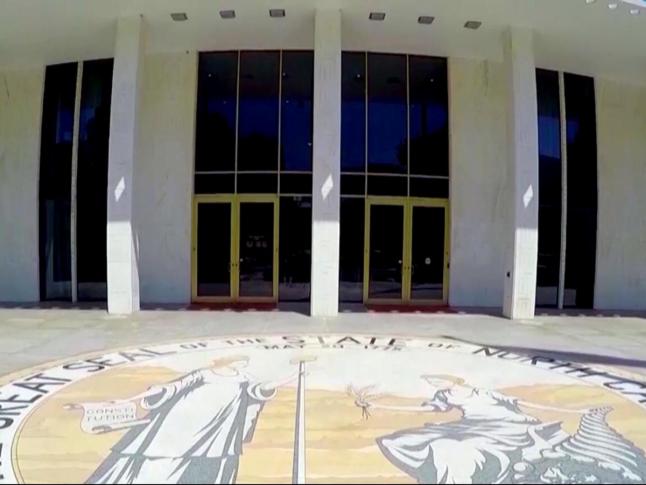 Raleigh, N.C. — A three-judge Superior Court panel has ordered a delay for state Senate confirmation hearings on Gov. Roy Cooper’s cabinet pending further hearings on whether a new law giving the General Assembly a say in those picks is constitutional.

The judges issued their written order Wednesday morning, confirming what they told attorneys in the case Tuesday night.

“We need to put these partisan confirmation games behind us and get on with repealing HB2, raising teacher pay and getting better jobs for North Carolinians. The court is absolutely correct in their decision and should not be intimidated by threats from legislative leaders,” Cooper said in a statement Wednesday.

Judges Jesse Caldwell of Gaston County, Todd Burke of Forsyth County and Jeff Foster of Pitt County held a hearing in the case via telephone late Tuesday afternoon. Members of the media listened to the hearing on a speaker phone in Wake County Superior Court.

The judges’ order blocks the state Senate from enforcing the cabinet confirmations law, at least until Friday, when another hearing the case is scheduled. A full trial on the case is expected to be held in March.

Former state Rep. Larry Hall, D-Durham, had been scheduled to go before the Senate Commerce Committee at 11 a.m. Wednesday as Cooper’s appointment to head the Department of Military and Veterans Affairs. It’s unclear if he will show up to that hearing, but senators said they plan to go ahead with some sort of committee meeting.

“In a gross misreading of the Constitution and a blatant overstep of their constitutional authority, three Superior Court judges attempted to dictate to the legislature when it could or could not hold committee meetings and what it could or could not consider in those meetings,” Berger, R-Rockingham, said in a statement Tuesday night. “This unprecedented move would be like the legislature telling a judge what jurors to pick to decide a case. Judges are not legislators, and if these three men want to make laws, they should hang up their robes and run for a legislative seat. Their decision to legislate from the bench will have profound consequences, and they should immediately reconvene their panel and reverse their order.”

The dispute between Cooper and the state Senate stems from a law the Republican-controlled General Assembly passed in December. It grants the Senate the power to accept or reject cabinet appointments by the governor. That law passed shortly after Cooper, a Democrat, ousted Republican Gov. Pat McCrory. McCrory signed off on the bill shortly before his term expired.

Senate leaders insist that the state constitution grants lawmakers the power to advise and consent on cabinet appointments, but Cooper’s lawyers point to a recent state lawsuit, won by McCrory, in which the Supreme Court said lawmakers could not interfere with executive branch appointments.

Earlier in the day, before the court hearing, Cooper said he believes it is lawmakers who were overstepping their authority.

“We believe that it is clearly unconstitutional,” Cooper said of the law. “We really don’t need to go through six weeks of partisan games on confirmation hearings when we have important issues like repeal of House bill 2, hurricane relief, economic development, raising teacher pay. We don’t need to take all that amount of time.”

In court Tuesday, lawyers for the two sides battled over what powers the state constitution gives the governor versus the legislature.

“The governor believes … the Senate is not authorized to engage in this process or pass on his appointments,” said Jim Phillips, a lawyer for Cooper.

Phillips argued that lawmakers were moving faster than necessary and not giving the court time to resolve the dispute between the two branches.

But Martin Warf, a lawyer for House Speaker Tim Moore and Berger, said that Cooper had already installed the cabinet secretaries, and there was nothing premature about the legislature exercising its rights to vet the appointments.

“The advise-and-consent power is readily available to this General Assembly,” Warf said, suggesting it would be the courts that overreach if they ordered lawmakers to stop the hearings.

“Are you saying that, if this court should grant this TRO, the General Assembly is going to ignore it?” Caldwell asked.

Noah Huffstetler, another lawyer for Moore and Berger, said that he would not advise his clients to ignore a court order. But he did say that that instructing the General Assembly not to hold a hearing was “an unprecedented, and to our way of thinking, constitutionally dangerous step.”

The next step in the case is a preliminary injunction hearing, during which the three-judge panel could decide to extend their stay until a full trial. That hearing is scheduled for Friday at 11 a.m.