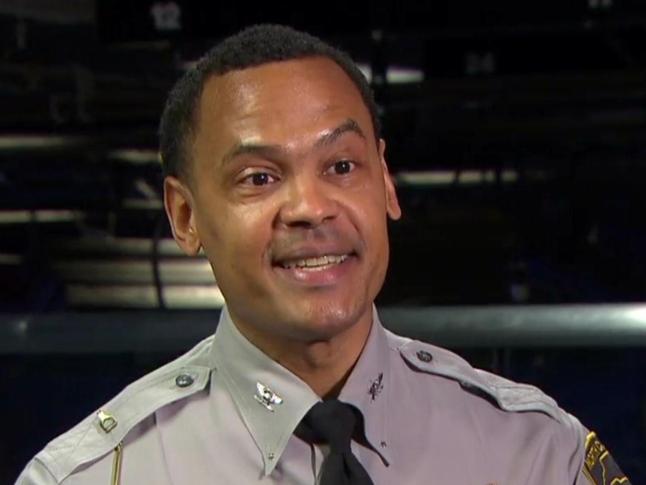 Raleigh, N.C. — As Col. Glenn McNeill prepares to take the helm of the North Carolina State Highway Patrol, he is confident he’s not alone in his journey.

“She’s with me right now,” the 46-year-old McNeill said Wednesday of his mother, who was murdered in his hometown of Reidsville when he was 10 years old.

Her killer was never caught.

“As a result of that investigation, that’s why I wanted to be a North Carolina state trooper,” said McNeill, who will be sworn in Friday morning at the State Capitol as the patrol’s latest commander.

“I’m never going to forget where I come from. I don’t think I’m worthy to be sitting in this position,” McNeill said. “I’m still a poor, black kid from Reidsville, North Carolina. That’s how I view and see myself. My history with the patrol is going to be present with me and is going to inform all of the decisions I make as commander of the Highway Patrol.”

A 24-year veteran of the patrol, he started out in Durham and gradually worked his way up the ranks, most recently serving as the agency’s director of training.

Improved training remains a priority for him, as are better pay and new equipment for troopers and increased enforcement of motor carrier regulations and illegal drug trafficking.

“How do you put our troopers, who are doing a very dangerous job, in the position to be successful?” he asked. “That’s through training.”

McNeill declined to comment on a WRAL News investigation last fall into a trooper staying home outside his district during work shifts, saying only that it is still the subject of an internal investigation.

The patrol will undergo a complete policy and procedure assessment in hopes of restoring accreditation, he said.

“I’m going to hold them accountable because we are ambassadors for our state. The bar’s going to be set very, very high,” he said.

He said he also wants to build trust with the public.

“We’re up to the challenge, and we’re going to do our very best to make sure that the relationship that we maintain in the community that we serve is a positive one,” he said.

As McNeill takes on the challenge, he said his law enforcement dream never leaves him, nor does the mother he lost.

“This is all I’ve ever wanted to do is be a North Carolina Highway Patrol trooper,” he said.