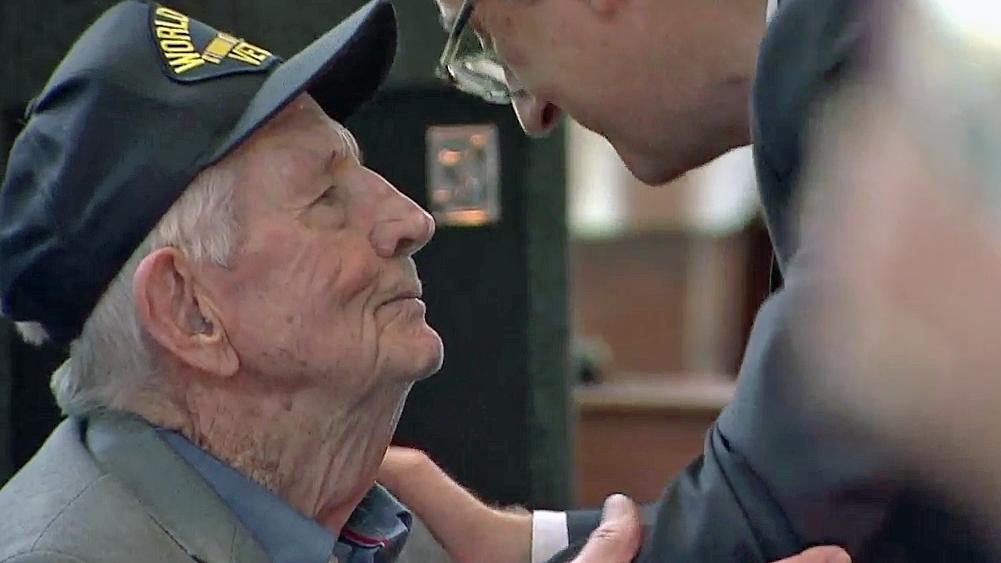 Raleigh, N.C. — Three men were honored Tuesday for helping to drive Hitler’s forces out of France during WWII.

John Waters, 93, of Hickory, Buck Price, 92, of Tarboro, and Earnest Moore, 92, of Yanceyville were awarded with the The Legion of Honor by the Consul General of France to the southeastern United States.

“I remember pulling some folks out of the water that were killed. That sticks in my mind more than anything else I’ve done,” Price said.

Moore said he never laid his eyes on France again after spending three months on the front lines.

“I figured it would bring back too many memories. I have enough of them already,” he said.

Inside the state capitol, Consul General Louise De Corail joined Governor Roy Cooper in singing the praises of the warriors.

“France is what it is today, a free and sovereign country, thanks to their bravery,” De Corail said.

“It is an honor,” Waters said. “This is something special.”

The Legion of Honor award was started by Napoleon Bonaparte in 1802. Recipients are designated by the French President.