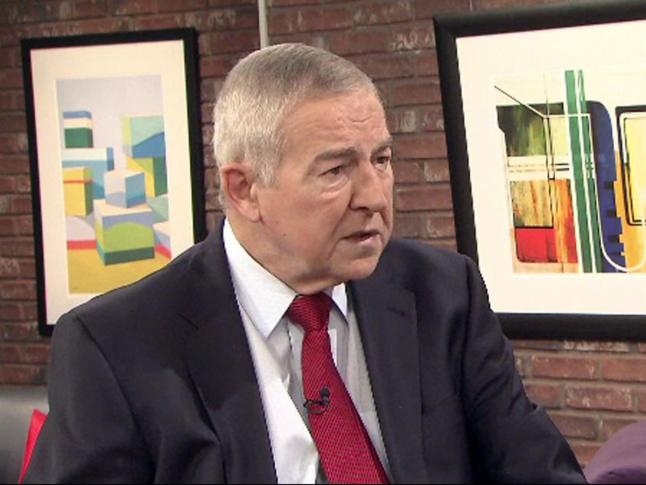 The executives cited a new Business Roundtable report addressing the skills gap many U.S. employers face and the link between reading proficiency by the third grade and academic success later in life.

“The idea is, if you can’t read by the third grade, you’re going to be left behind,” said Jim Goodnight, founder and chief executive of Cary-based software developer SAS Institute. “As a matter of fact, if you don’t have reading proficiency by the end of the third grade, you’re four times more likely to drop out of school before you graduate high school.”

According to the Business Roundtable report, which Goodnight spearheaded, the U.S. will have 5 million jobs going unfilled by 2020 because there’s aren’t enough people qualified to fill them. In North Carolina, two of every three jobs will require postsecondary education or training by 2020.

“STEM skills require an awful lot of reading. I mean, that’s how you learn different areas in STEM is by reading,” Goodnight said. “It’s extremely important to be able to read. So, you learn to read by the end of third grade, and then you read to learn after that.”

Because only one in three American students demonstrates reading proficiency on national assessments in the fourth and eighth grades – for black, Latino and low-income students, the number is one in five – the report makes the following state policy recommendations:

North Carolina adopted its “Read to Achieve” program in 2012, requiring students to pass a battery of reading proficiency tests by the end of the third grade. Those who don’t have to attend a six-week summer reading camp or repeat the third grade.

“Our reading grades have slowly improved at third grade, but it’s going to take another 50 years at the rate we’re improving. We need to find some way to speed it up,” Goodnight said.

One way to do that is expand North Carolina Pre-K, he said, noting the state has space for less than half of the 66,000 low-income students who qualify for the added early instruction.

“Education really is the only differentiator that’s going to get somebody out of poverty, so we’ve got to find ways to get more of our low-income students interested in school and try to teach them how to read,” he said.