Prosecutor in MacDonald Case: He Received a ‘Fair Trial With Fair Jury’ 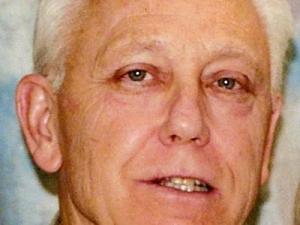 Raleigh, N.C. — The prosecutor who convicted Jeffery MacDonald of murder in 1979 said Thursday that he still believes MacDonald is guilty.

MacDonald’s current defense team is not so sure. Jim Blackburn is the focus of the defense attorney’s argument that MacDonald deserves a new trail.

Last month, in front of a three-judge panel, the defense argued that Blackburn coerced a witness into lying on the stand.

Attorneys for MacDonald, who was convicted of killing his pregnant wife and two daughters at their Fort Bragg home in 1970, say through new DNA testing they have confirmed there were hairs and fibers at the scene that belong to someone other than their client.

They also claim Blackburn withheld this evidence in the original trial.

For nearly 47 years, MacDonald, who is remarried and still in prison in Maryland, has never wavered from his claim that he didn’t kill his 26-year-old wife Colette and their two daughters, 5-year-old Kimberley and 2-year-old Kristen.

He has maintained that he awoke on their sofa in their home as they were being attacked by four hippies – three men and a woman, who was wearing a blond wig and floppy hat as she chanted “acid is groovy, kill the pigs.”

MacDonald’s attorneys said Helena Stoeckley admitted she committed the murders to at least a dozen people before she died in 1982. Blackburn said she never confessed to him.

“I said, ‘Helena…were you there? Are you involved in this?’ Or something like that. And she said, ‘No Mr. Blackburn. I was not there,'” he said.

MacDonald’s attorneys also say Blackburn threatened Stoeckley with prison time if she told the truth. He said that never happened.

“You will not find anything in the MacDonald case, anything, that I did wrong,” he said.

In 1994, in an unrelated case, Blackburn admitted to embezzlement and spent time in prison.

But no matter what the court decides, Blackburn, now 72, said his mind is made up.

Blackburn gave up his law license when he went to prison in the mid-90s. He now teaches continuing legal education classes to lawyers.

It could be months before a decision is made in the case.