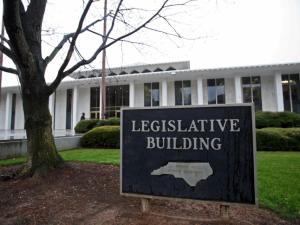 Raleigh, N.C. — The General Assembly has the authority to limit Gov. Roy Cooper’s powers, a lawyer on Friday told a panel of three Superior Court judges that is considering whether to block any actions by the state Senate regarding the confirmation of Cooper’s cabinet appointees until the courts determine whether the law setting up the confirmation process is legal.

In a scene reminiscent of the George Orwell novel “Animal Farm,” Martin Warf, an attorney for Senate President Pro Tem Phil Berger and House Speaker Tim Moore, told the judges that the three branches of state government are “separate and distinct,” not “separate and equal,” and the legislative branch is the most powerful.

“The ability to make the laws is a pretty supreme ability,” Warf said. “(The state constitution) doesn’t say that the General Assembly can’t pass laws that invade the inherent power of the governor, to the extent that exists.”

Cooper’s lawsuit against the legislature contends that a state law passed two weeks before he took office requiring the people he picks to head various state agencies be confirmed by the Republican-controlled Senate interferes with his ability to carry out his duties.

“The threat that the Senate might veto the governor’s most important appointees limits the governor’s choices,” said Jim Phillips, an attorney representing Cooper. “He must consider not only who he thinks is best for the job but whether they can get confirmed. It has a chilling effect on the governor’s decision making.”

The General Assembly has no “inherent power” to confirm gubernatorial appointments, Phillips said, because the state constitution specifically states senators can advise and consent on appointments to the State Board of Education and to constitutional officers, such as state treasurer or attorney general.

The state Supreme Court also last year reined in the legislature’s control over gubernatorial appointments in a case brought by former Gov. Pat McCrory, he noted.

“For the governor to be required to mollify the General Assembly, to satisfy them with his appointees, the people whom he is going to put the most trust and confidence in, is at the heart of the separation of powers issue,” Phillips said. “It goes too far, and it goes too far without authority.”

Noah Huffstetler, another attorney for Berger and Moore, said the confirmation hearings add transparency to the process of naming people to lead state agencies, and it shouldn’t be held up until a March trial is held on the legality of the law. Cooper cannot complain that the law interferes with his duties because no nominee has been rejected, Huffstetler added.

A Senate committee scheduled a Wednesday hearing for former Rep. Larry Hall, D-Durham, to head the Department of Military and Veterans Affairs, but Hall didn’t show up for the meeting after the three-judge panel issued a temporary restraining order.

Although Phillips noted the law gives Cooper until May 15 to submit his nominees for confirmation, Huffstetler argued that eight of the 10 cabinet secretaries have already been appointed and are working, so the Senate should be allowed to move forward with its confirmation duties.

Judge Jesse Caldwell of Gaston County questioned Huffstetler on why lawmakers passed the legislation in a special session before Christmas.

“If we have an executive branch that is out of control and needs to be curbed – reined in – why wasn’t it done sooner?” Caldwell asked.

Huffstetler said he couldn’t speak for lawmakers, but he was sure it was passed because the executive branch is out of control.

“I think it’s just a good, sound public policy that people who are running departments of state government that are spending untold amounts of taxpayers money and do affect each and every one of our lives in some serious ways should be fully vetted in a public forum,” he said. “Perhaps this should have been done 10 years ago or 12 years ago, but I don’t think that’s a reason not to do it now to apply to this and any future governor.

Caldwell and Judges Todd Burke of Forsyth County and Jeff Foster of Pitt County didn’t indicate when they would issue a ruling in the case.